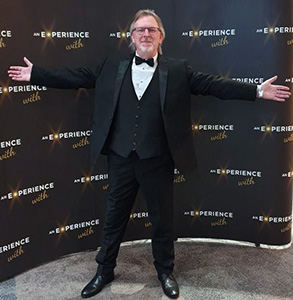 Hi, I’m Dave and I always wear a tuxedo…at least I do since September 7th 2019 when I met my cinematic hero Sylvester Stallone. I’m sure there are traces of his DNA on it from when I stood next to him, and so now I refuse to take it off. I’m going to clone him next. I started 60MW back in September 2014 when I always used to wear jeans and a KISS t-shirt, and it has now grown into a podcast and website that currently has many format shows, plus a great team of co-hosts and writers. None of us get paid for this, and it is a hobby that we all do because of our love of movies, video games, music and live events. Hopefully our love and enthusiasm for all that we do comes across in our audio shows and written pieces. Thanks for visiting the website…have a look around and try out some of our shows too. 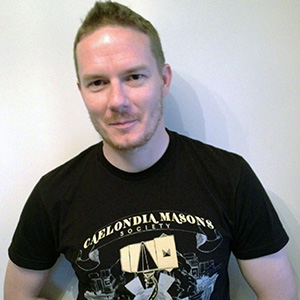 I’ve been watching movies and playing videogames for 35 years and counting.  I genuinely believe there is something magical about both forms of entertainment.  Nothing compares or even comes close to the feeling of losing yourself for a few hours in movie or videogame.  Where else can you experience emotions like happiness, sadness, fear, tension, frustration, excitement and still keep your clothes on?  Although, I’ll let you into a little secret, I play videogames naked!  (joke… or am I?) I can honestly say that I love movies and videogames. They’re as much a part of my life as breathing, and I’m proud and happy to be able to speak and write about them for 60MW. 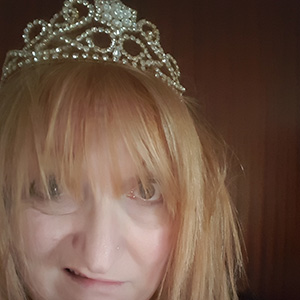 I used to live in Los Angeles and write about rock bands. Now I live in wonderful Wales and write about films. Apart from watching an awful lot of films/TV/documentaries, I am a painter. I’m also an elderly lady gamer and like nothing better than to blow the head off a deathclaw, ride the range as Arthur Morgan, or do rumpypumpy on a unicorn. I like Dave, tiara’s, obscure foreign films, Kate Bush, Geralt of Rivia, cake, crappy 80’s action films, cowboys, doggies, Julia Davies, Rik Mayall, history and romantic walks in the rain with literally anyone who’ll hold my hand and buy me an ice cream. 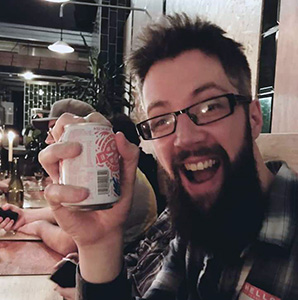 Hi, I’m Thom. Been podcasting with Dave since 2012 (for my sins) and it continues to be a fantastic and rewarding experience. In addition to watching an abnormal volume of films of varying quality, I also spend my time on the crew of a wrestling company in London. Hope you enjoy all the audio entertainment here! 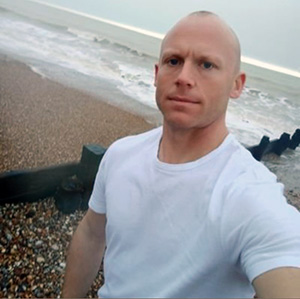 Howdy folks I’m Ben, but known as ‘Fordie’ (and a few other select names!) to some people. My love of video games started way back in 1979 when I was a wee nipper. Gaming has always played a huge part in my life, along with music and movies too. I remember playing ‘Pong’ on an old Binetone all-in-one machine and it blew my little mind away. Gaming developed quickly and my love for pixelated life grew with each new generation. Atari, CPC464, Speccy, C64, Amiga, Megadrive, SNES, Playstation, N64, Gamecube, Dreamcast, Xbox and beyond filled my eyeballs with a fix like nothing else. I feel so lucky to have grown up through all those gaming ages. I love music too and play guitar and write my own songs (you can thank Mark Knopfler for that); a passion that takes top spot for me, followed by all the other forms of entertainment so beautifully covered by the team here at 60MW. Just a small warning: I speak my mind and sometimes talk a lot, but it must be said the dirtiness, the humour, the laugh and everything else mostly makes people smile. 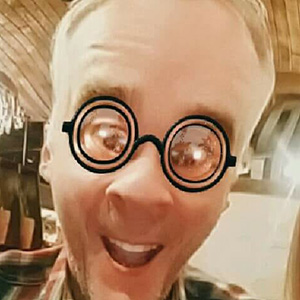 As an older gamer I still love it. Despite being crankier and more difficult to please it still delivers wonderful worlds to be a part of. I don’t care what anyone says it’s better than it ever has been. We live in a world where VR exists and waiting for tapes to load doesn’t. Tremendous. Dave is my current whip cracker, he told me to write this. 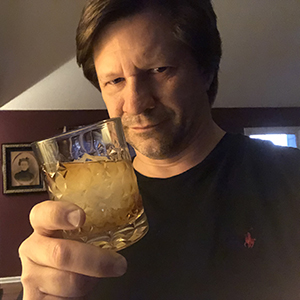 I like ‘guy’ things: women, sports, video games, dogs, drinking, football, shooting guns, war movies, action movies, sci-fi movies and playing the hero. I am a red-blooded, American male through-and-through. But, I have another side as well, a deep and entrenched creative side, which started with writing and evolved to include acting and radio. As a result, I have appeared in nearly 100 stage shows and been involved in dozens of motion pictures, including two independent features available on Amazon Prime.

I have also been in broadcast radio for nearly 20 years. Thus far, I have been honored to receive four GAB Awards from the Georgia Association of Broadcasters: Two for Best On-Air Personality and two for Best Talk Show.

It was only natural with these pursuits, podcasting would eventually be added to my plate. In late 2017, I decided to start a show with my buddy and co-host, Walt Murray, called, The Wilder Ride. We examine the films of Gene Wilder in the movies by minutes format. This has opened the door to meeting so many new and amazing podcasters from around the world and led to some amazing friendships with the folks here at 60 Minutes With, especially founders Dave and Tina along with Ben (who actually found our show first!) and Chris. When they decided to start the Rant Show, I had no idea I would actually end up joining these amazing folks! As Shakespeare puts it, “I am amazed and know not what to say!”

I thank you all for listening and, most importantly, for sharing our show with your family and friends. We couldn’t do this without the ongoing love and support of each of you out there 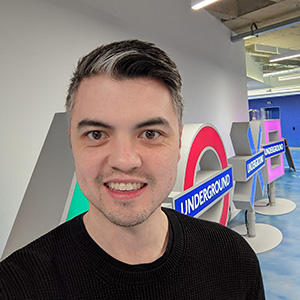 You know the saying, “Find a job you love and you’ll never work a day in your life”?  I’m pretty sure that’s not true, but I am lucky enough to say that I love my job!  I’ve been working for PlayStation since just before the launch of the PS4 in 2013, and as such, you should consider me a massive shill and not trust anything I say.

It was also around this time that I first played Call of Duty: Ghosts with Chris, Wayne, and Tom, and I’m delighted we’ve stayed friends ever since, even if Wayne has defected over to the rival Green Team.

I got into trophy hunting when I got my first Platinum playing MotorStorm RC on the Vita, which felt like a nice memento that showed how much I enjoyed playing it.  I’ve definitely played some games since that I haven’t enjoyed as much, but let’s gloss over those like Sony did with the Vita.

I’m flattered that anyone chooses to listen to our nonsensical ramblings, so thank you, and thank you for bothering to read this.  Come chat to me on Twitter about the next Platinum you’re planning to get, but sorry, I can’t reverse that PSN ban you got.  Try not to swear at your teammates next time. 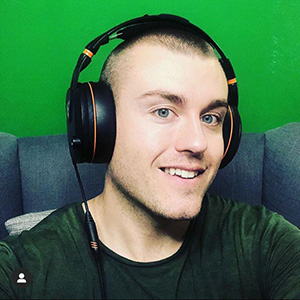 Gaming started for me on my 5th birthday, when I was handed a Gameboy by my parents with no games (at least they were trying I can hear you say) luckily my older cousins came to the rescue and provided presents of Tetris and Super Mario, starting off 30 plus years of passion for games.
The road to my current console was long, handhelds like the forementioned Gameboy and all its evolved forms, Colour, Advanced etc. Mega Drives, N64’s, PC Gaming, PS1,2,3,4 and 5 as well as the original Xbox, 360 and undoubtably someday Gamepass. Have given me a great view of all types of different games across the decades.
I can’t wait to speak about games with genuine gamers and all-round good people, to an audience that I know will be genuine gaming fans. I just hope you enjoy our show and what we have to say and thank you all for this opportunity.
Twitter: @TomMarett
PSN: TomMarett 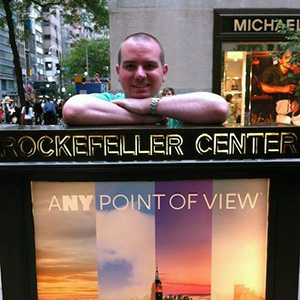 I’m Wayne and I’ve been addicted to gaming from the tender age of six, ever since getting the chicken out on Chuckie Egg, and subsequently having an asthma attack due to the excitement of the moment. From then on I went from an Amstrad CPC 464 to being a SEGA fanboy, owning a Mega Drive, Saturn and Dreamcast. Since we lost SEGA hardware I have mainly owned PlayStation consoles, but they never tend to keep my attention since the Xbox 360 launched and Wipeout/SOCOM games stopped being released.

When the Xbox 360 hit I met Chris and we became best mates playing Halo 3 (and many more games) in co-op. We’d spend many hours comparing achievements and talking about movies, which is my other addiction. Chatting online is taken for granted now, but Xbox Live was revolutionary, especially after spending time fiddling with the SOCOM walk talkie chat on PS2.  In 2013, I met Tom and Pete where we had many fun evenings playing Call Of Duty Ghosts Extinction. To this day it is still some of the most fun I’ve ever had in co-op.

I have always tried to play as many games as possible, from renting Mega Drive games from the corner shop, to using Lovefilm to play PS3 games. At this point in my life I have gone all in on Xbox Game Pass, and I just want to complete as many games as possible. This is easier said than done as I have a family with two awesome boys, which I’m hoping will follow in my footsteps and love videogames as much as I do. Although I may not get as much time to play games anymore, I’m glad that I can chat about them with my mates, Pete, Tom and Chris.

One final thing. I have always said if I end up in a nursing home and able to play video games, I’ll be happy!

I hope you enjoy The Trophy Achievers Podcast. 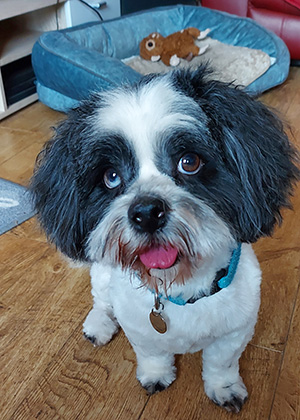 I have irregular seizures, a small hernia and a heart murmur, but I’m spoilt rotten by everyone at 60MW Towers and have the best life that a dog could want…just keep that dog food away from me okay? I like to eat fresh chicken and vegetables, and if you put the smallest bit of Pâté or cheese into my food, then I’ll be a friend for life.

My favourite game is running around the garden with a plastic plant pot, and I always go to bed at night with my ‘baby’… a small soft toy monkey which I’ve had since I was 8 weeks old and moved into 60MW Towers.

If you ever see me, then make a fuss of me…I love it!

Please support my lovely sponsor The Bark Side by buying their awesome products (which I use) and sharing their webpage and social media with your doggy loving friends.