ÅSKVÄDER to release self titled album 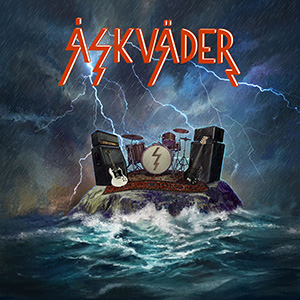 Electrifying Swedish power-trio Åskväder makes thunder and lightning through rock music. Well balanced seasoning to the sound of the 90s Scandinavian rock scene mixed up with smoking hot riffs drenched in bluesy licks and catchy refrains. Adding thundering drum and bass groove with a topping consisting of elaborate vocal harmonies Åskväder is Swedish and can be translated into ‘Thunderstorm’. That says it all. No fuss, just straight Rock N Roll.

“Åskväder, the self titled offering from Åskväder is a turbo powered dose of rock and roll fun.  With a range of timbres from the booty shaking to the mournful ballad this is a blast of an album that nay fan of 70s rock is going to find something to sink their teeth into with. It’s simply that much of a good time.”
– Two Guys Metal Reviews

Åskväder is set to release their self titled debut album on The Sign Records the 13th of March. The album will be released on vinyl, cd, and in digital form. The album is mix by Robert Perhsson (Robert Perhssons Humbucker, Dundertåget, Death Breath).

Artwork by Johan Leion. The first digital single from the album will be released 17th of January on all digital platforms.