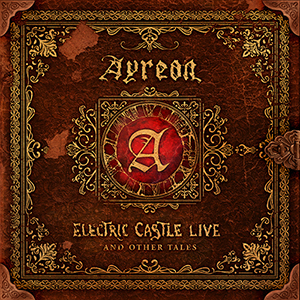 If the bedrock of progressive rock is to throw caution to the wind and to indulge your wildest musical flights of fancy, then Arjen Anthony Lucassen is a modern-day titan of the genre.

On March 27, Music Theories Recordings/Mascot Label Group release ‘Ayreon – Electric Castle Live And Other Tales’, a 3 LP/2CD+DVD/BD set of last year’s spectacular live performance of the third Ayreon album ‘Into The Electric Castle’. Over four nights at Tilburg’s 013 venue (the scene of Lucassen’s Ayreon Universe series of live shows in 2017) Lucassen, his band and one of modern progressive music’s most emphatic of casts celebrated the 20th anniversary of ‘Into the Electric Castle’ in front of 12,000 adoring fans from 64 different countries who had flown in from around the world.

“Because it was the 20th anniversary of the album, and we’d just remixed and re-released it, we figured it was the perfect moment to perform this live”, says Lucassen. “The Ayreon Universe shows were such a fantastic experience for everyone involved, and I’d had loads of requests for more live shows, so we decided to perform the entire ‘Electric Castle’ album back at the 013, and also play one track from each of my side projects billed as ‘Other Tales’.”

Released in 1998, ‘Into The Electric Castle’ is your classic tale of an epic quest. Set in “no time and no space”, it tells the story of eight individuals who are guided by a mysterious voice and tasked with finding the mysterious Electric Castle. The original album features amongst others Fish (the Highlander), Lucassen (the Hippie), Edwin Balogh (The Roman), Anneke van Giersbergen (the Egyptian), Damian Wilson (the Knight) and Edward Reekers (the Futureman), all of whom repeated their performances for the live spectacular.

Having set out his stall with the first two Ayreon albums ‘The Final Experiment’ (1995) and ‘Actual Fantasy’ (1996), as a creator of vivid musical works built around some of the finest talent in the prog and rock worlds, everything seemed to align perfectly with 1998’s ‘Into The Electric Castle’.

“I poured my heart and soul into it”, says Lucassen of the original album. “Investing everything I had both financially and creatively, and enlisted the best instrumentalists and singers I could find in the world at that time. When making the album I was unconstrained by any musical or stylistic boundaries and incorporated many of my favourite musical styles. ‘Into The Electric Castle’ received an overwhelmingly positive reception from both the press and the fans. This firmly established the Ayreon name, making Ayreon the perfect project to pour all of my time and creative energy into.”

Although best known as a studio-based musician, Lucassen slowly countered his fear of performing live when he first joined long-time collaborator Anneke van Giersbergen for some live dates in 2015, before tackling the more elaborate theatre staging of his 2004 Ayreon album ‘The Human Equation’ in Rotterdam over four nights the same year (on which he served as special advisor). He went even further in 2017 when he appeared on stage with his star-studded ‘Ayreon Universe’ shows at Tilburg’s 013.

“I get absolutely crippling stage fright”, he says. “Up to the night before the Tilburg shows, I was having dreadful panic attacks. But it’s all for a good cause!”

Creating a live show for ‘Into The Electric Castle’ seemed like the logical next step, and the four 2019 shows were a resounding success, captured for posterity in ‘Ayreon – Electric Castle Live and Other Tales’. In fact, it all went so well, that Lucassen is taking the show to headline the prestigious German progressive rock festival Night Of The Prog in June of this year.

“I just love recording my various projects in the studio,” he concurs, “but I’m not a live performer. I’m the guy who comes up with the ideas, sees the big picture, and puts it all together. So I’m glad that so many incredible musicians helped me bring my music to the stage.” 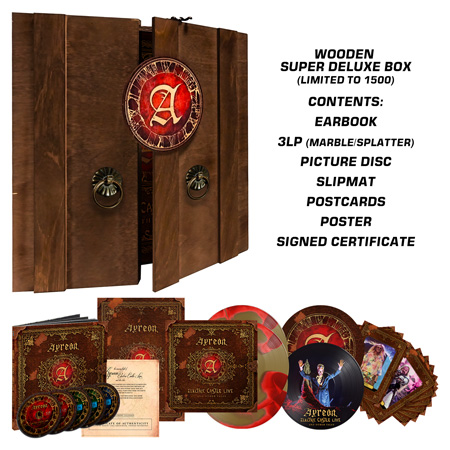