Following their recent release of their rocking cover of The Allman Brothers Band classic Midnight Rider, Bad Touch’s 15-date UK tour kicks off with a sold-out hometown concert at the Waterfront Studio in Norwich tonight.
Branded as Better Late Than Never, the UK tour was originally rescheduled from April 2021 (all original tickets remain valid). Special guests on all shows, except Leo’s Red Lion, are Midlands rockers PISTON. Tickets available from www.badtouchrocks.co.uk/gigs-tours.
Bad Touch will perform songs from their critically acclaimed current studio album Kiss the Sky, as well as songs from their back catalogue. Known for having a reputation as one of the UK’s hardest working, and most respected blues rock and classic rock bands, the UK tour promises to be a must-see.
Bad Touch are Stevie Westwood (vocals), Rob Glendinning (guitar), Daniel Seekings (guitar), Michael Bailey (bass) and George Drewry (drums). 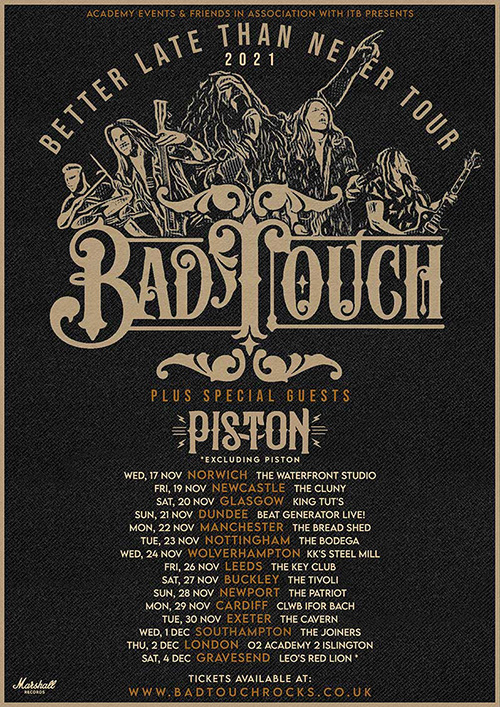