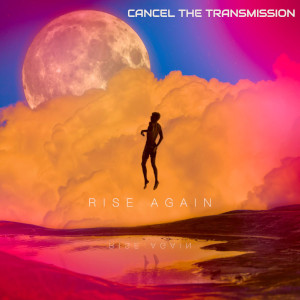 CANCEL THE TRANSMISSION serve up thumping rock thrusts and engaging hooks with burly muscular riffs. The South Wales rockers have been tearing up a storm since their inception, and the buoyant quartet are now planning their attack to break out with their spanking new single, Rise Again, which is out now. Watch the lyric video to the track below.

Hailing from Caerphilly, South Wales, and formed in 2015, CANCEL THE TRANSMISSION are poised to rip the veil from the face of today’s air-brushed music scene. By taking cues from classic rock icons such as Guns N’ Roses, AC/DC and Aerosmith, as well as pulling from modern rock heavyweights such as The Darkness, Alter Bridge, and The Treatment, CANCEL THE TRANSMISSION have developed a style and sound that expresses feel-good hard rock anthems, loaded with raunchy riffs and infectious hooks.

CANCEL THE TRANSMISSION earned a heap of praise from many revered websites and radio stations for their debut four-track EP, Back To The Start. Additionally, the band’s debut album, Live It Up, which dropped at the end of 2019, moved the foursome up to a higher level. The record gained rampant support from the New Wave of Classic Rock community and widened the group’s base. Live shows and prominent festival appearances throughout the UK also assisted with the band’s upward trajectory.

The soaring Brit rockers will advance even further with the release of their new single, Rise Again. The track is a hard-hitting, and outrageously catchy slab of good time rock and roll. With live dates already planned for later this year, along with a plethora of new material, 2021 is the year for CANCEL THE TRANSMISSION.