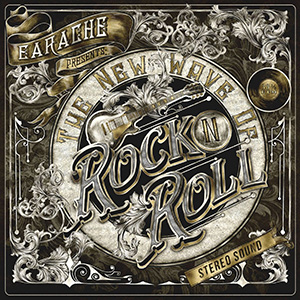 With a long history of breaking fresh rock talent, Earache Records presents a taste of what’s happening in rock n’ roll today with a strong emphasis on tomorrow. The ‘New Wave of Rock N Roll’ compilation is a vinyl-only album packed with fresh new talent and released on Fri 13 March 2020

It is available to pre-order now at http://www.earache.com/nwornr

The compilation is a direct result of the success Earache have with other leading rock and blues-rock artists, including 2x Grammy nominated Rival Sons, The Temperance Movement, Blackberry Smoke, Massive Wagons, Goodbye June and more recently, Those Damn Crows who peaked at No6 in the full UK album charts before settling at No14.

The track listing of this album was formed from months of research and suggestions by the Earache team, drawing on hundreds of discoveries to finalise on the 15 young guns included. All the songs were then mastered specifically for vinyl for the best possible audio experience.

The acts themselves highlight the potential and quality of an emerging rock n roll scene, that draws plenty from the rock megastars of yesterday while striking out on their own musical path – who knows, we may be listening to the birth of the next Stones, Jett, Zeppelin, Bowie, Joplin or Springsteen.

The album also features a strong emphasis on female singers and performers in a genre not typically known for such and it’s a good 18mins into the album before you hear a male lead voice. Rock n roll is known for breaking down barriers and this New Wave continues to do so.

To further promote the album and live rock in general, Earache Records have teamed up with the Academy group and will stage a NWORNR live showcase at 02 Academy Islington, on Tues 10 March, featuring a number of the acts that appear on the album. Final line-up to be confirmed.