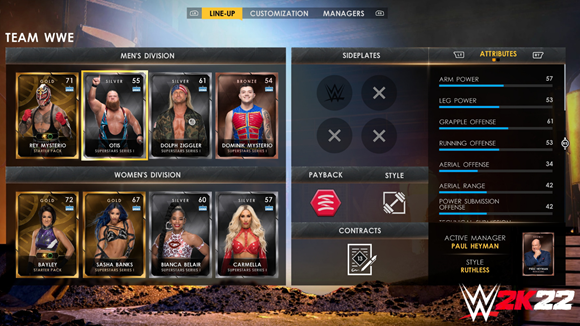 With the launch of WWE® 2K22 just days away, 2K is sharing today a quick guide to the franchise-first MyFACTION mode.

MyFACTION is a new take on a classic team-building mode in which players collect, manage, and upgrade an array of WWE Superstars and Legends to create their ultimate four-person factions. Managers and Side Plates boost performance, while Logos, Wallpapers, and Nameplates allow for creative customization. 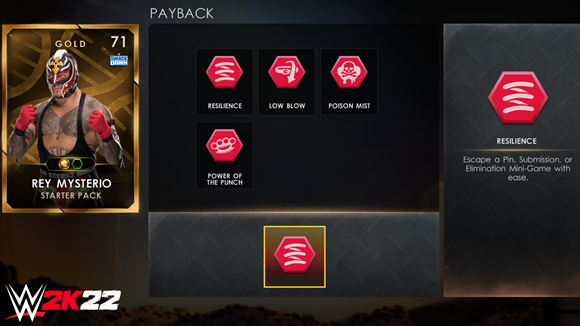 Building the perfect faction to rival legendary groups such as the nWo, D-Generation X, and Evolution is no small task. Some useful tips to remember:

Ready to hit the squared circle? MyFACTION players can pit their four-person factions against other fearsome foursomes in Faction Wars, test their mettle across various match types in Proving Grounds, topple a new Tower every week, or complete an assortment of daily challenges. There are three types of in-game currency available in MyFACTION:

As an important reminder, anything that players can unlock with Virtual Currency can also be unlocked with MyFACTION Points. In addition, MyFACTION is an online single-player only experience, so players cannot gain a competitive advantage over other players by purchasing Virtual Currency.

Additional rewards can be earned in certain MyFACTION modes, including Weekly Towers and Faction Wars, where exciting, limited-time rewards refresh each month. New themed card packs will roll out frequently, offering players a legion of current Superstars and beloved Legends to add to their collections.