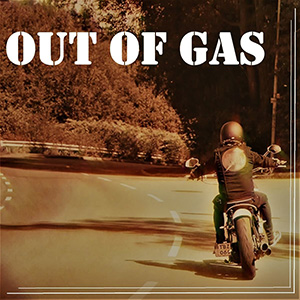 Grande Royale releases a music video for their single “Out of Gas”. The single is taken from their album “Take It Easy”, released in September last year on The Sign Records. The music video is made by Carl Stenlöv.

‘Take It Easy‘ is the latest album by Grande Royale. The album holds eleven tracks of Scandinavian rock with a strong southern influence, music that speaks the universal language of rock. The album mixes things up by adding brass, soul choirs to the guitar filled music. ‘Take It Easy‘ is the fourth studio album by Grande Royale, and succeeds the live album ‘Captured Live‘ from 2018 and the studio album ‘Breaking News‘ from 2017.

The album is produced by Ola Ersfjord that previously worked with Imperial State Electric, Honeymoon Disease, Primordial, Tribulation and Dead Lord. Since the release of their previous studio album ‘Breaking News‘ guitarist Gustav Wremer have taken over vocal duties in the band. Vocalist Tove Abrahamsson guests the album on two tracks. The album artwork is made by Revolver Design that previously made cover art for Louise Lemon, Grand Magus and Nightrage.

Grande Royale is a rock‘n‘roll band from Jönköping, Sweden, who find their roots in the early 70‘s rock scene of Detroit and the 90‘s rock scene in Scandinavia, mixed up with some vintage pop. The music is straight forward rock‘n‘roll packed with electric guitars, melodic vocals and thundering bass lines.

During the bands first year, Grande Royale recorded and released their debut album titled ’Cygne Noir‘ (2014) and the second album was released in 2015 with the title ’No Fuss – A piece by resolute men‘. At this stage the band had been doing all of the recordings by themselves, and also released the albums on their own. These records made it possible for the band to go out and play live shows all over Sweden, as well as in the U.K and Southern Europe. With energetic live shows, and tight performances Grande Royale raised the roof of the venues.

In the summer of 2016 Grande Royale started to work on their third album in the Honk Palace with Nicke Andersson (Imperial State Electric, The Hellacopters, Entombed) as the engineer and producer. The album got the title ’Breaking News‘, and was released on The Sign records in August 2017. After the album was released, the band went on a tour during which they recorded their live album ’Captured Live‘, released in 2018. Their latest album ’Take It Easy‘, recorded and produced by Ola Ersfjord, was released in September this year.