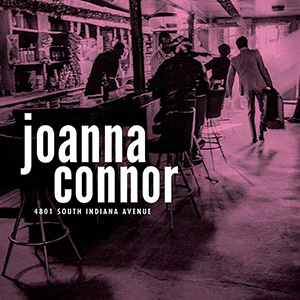 Chicago-based slide guitar virtuoso and singer-songwriter, Joanna Connor, who is best known as one of the reigning Queens of blues rock guitar, releases her 14th album 4801 South Indiana Avenue on Joe Bonamassa’s new independent blues record label Keeping The Blues Alive on February 26, 2021. The album is available to pre-order here.
She has also shared the upbeat first single “I Feel So Good” along with the companion music video (see below).

The new album, the follow up to her critically acclaimed studio album Rise, was produced by Joe Bonamassa and Josh Smith at Ocean Way Recording Studios in Nashville, Tennessee.
Joanna, Joe and the rest of the musicians on the album dug deeply and conjured up an authentic, alive and kicking non-derivative set of Chicago Blues.
Says Joanna, “We chose the album title ‘4801 South Indiana Avenue’ because it was the actual street address of the hallowed funky blues sanctuary ‘Theresa’s Lounge.’ We want the listener to open that door, walk in and feel to their core some of the magic that a place like that brought night after night. It was an honor to bring this to you, the listener.”

Joanna has played guitar with the who’s who of blues including the likes of James Cotton, Buddy Guy, Jimmy Page, and Junior Wells. Debuting at Chicago’s premiere blues club Kingston Mines in the 1980s, she played there three nights a week ever since, in between gigs at larger clubs and festivals, before the spread of the pandemic earlier this year.

An aggressively edgy and highly innovative blues rock guitarist with a tight groove that encompasses jazz and funk, Joanna’s hailed by many as one of the most powerful and influential female guitarists on the planet.

The new album reflects an entirely new experience from the way Joanna has recorded music in the past.