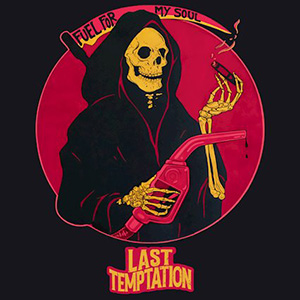 European metal powerhouse LAST TEMPTATION returns with a brand-new album Fuel for My Soul, which is out now on CD and digital via Crusader Records. A vinyl release will follow September 2.

Stream/buy ‘Fuel for My Soul’ HERE

To celebrate the release of the album LAST TEMPTATION have dropped a video for the title track. ‘Fuel for my Soul‘ which shows that music and art brings everyone together, whether you’re stupid or cool, rich or poor or black or white. This is true spirituality, where religions divide and arts unite. It is the fuel of our souls.

Fuel for My Soul is a great step forward for LAST TEMPTATION. Recorded in a week, the band took their time to rehearse the new songs and had over 40 demos before eventually narrowing it down to 11 hard-hitting tracks.

Fuel for My Soul has an entirely different production style compared to the last album. All the rhythm tracks, bass, drums and guitars were recorded live, and the songs are far more eclectic than previous releases. While LAST TEMPTATION still maintain their Ozzy/Black Sabbath influences, they add a grungy twist, along with big choruses that give an 80’s vibe.

FIGHT THE FADE release new single ‘On My Own’ Supersonic Blues Machine Reveal Video For “All Our Love” ft. Charlie Starr