The Manchester Film Festival 2018 will take place from the 1st-4th March at Odeon Great Northern with an added preview screening at HOME on the 26th February 2018. After three successful editions the festival now finds itself with an identity of honesty, making friends, having fun and sharing stories. MANIFF’s belief is to be straight forward and break away from the generic film festival format of branding and stranding…

“Having taken in the last three years it is apparent that we quite simply share unseen films from around the world to both filmmakers and film goers, who come to watch and enjoy stories and meet new people. This is what the event has grown into and we believe that showcasing all types of films to all types of people, without the need to categorise is the next step in MANIFF’s journey. In the festival’s early beginnings, we chose to follow suit and strand certain film selections but with our organic growth over the last three years we have now learnt that it’s time to break away and be a festival that is set apart from the rest, Manchester is renowned for honesty and hard work and I think taking this straight-talking approach is refreshing and apt to carry MANIIFF to a position of respect within the international festival community. The themes are still there for the audience to find but our selection of films have been chosen because we think they are good and will appeal to and entertain many demographics of people, and not because they fit into a certain box.” – Al Bailey Programming Director MANIFF18. 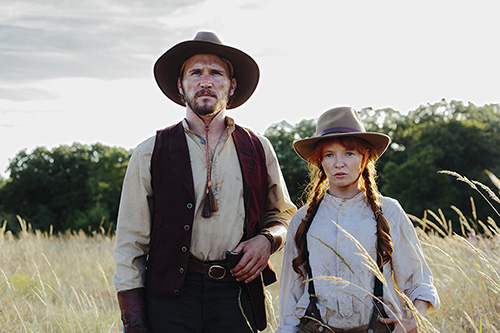 The line-up announced today, at the Press invite presentation at ODEON- Great Northern, certainly adds testament to the festival’s new and brave approach, it’s diverse and rich with multiple subject matters that will give the festival an openness and friendliness to everyone who takes in a film from the 2018 Official selection.

With feature films from many genres to documentary, animation, music, experimental and short films that portray many stories from around the world, this year’s festival looks jam packed with literally something for everyone.

Book ending the impressive line-up, the opening film on the 1st March at ODEON will be the International Premiere of Female led western PAINTED WOMAN, starring MANIFF alumni Steff Dawson. The closing film on the 4th March will be the U.K Premiere of hard hitting arthouse film NONA, starring Kate Bosworth, who along with the respective directors James Cotten and Michael Polish, are all confirmed attendees at this year’s festival.

All of this will be preceded with a MANIFF18 advance screening on the 26th February at HOME of BERNARD AND HUEY, the ‘Allenesque’ UK premiere from SLAMDANCE founder and author Dan Mirvish, who will also be in attendance to answer questions from the LIVE audience. With even more special guests still to be confirmed for live musical performances, MANIFF’s annual Filmmaker studios and closing awards, this year’s fest is looking like the best and most interesting yet.
Once again the experimental Films will be playing at the Saul Hey Art Gallery in Castlefield all day on Saturday the 3rd of March and entry is free.