New albums out in November 6th from Frontiers Records 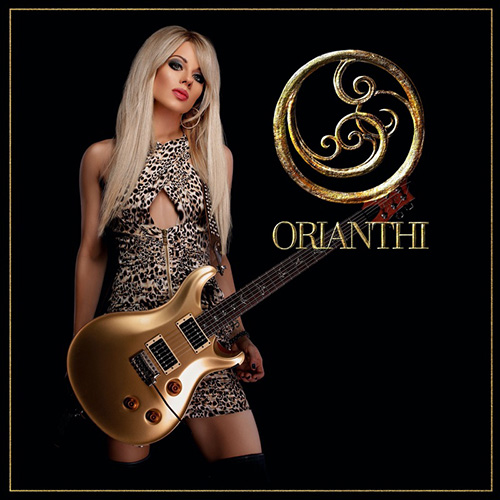 Orianthi is a world-class Australian guitarist and platinum-selling artist via her 2009 hit single ‘According To You’, which has recently gained a new lease of life via a resurgence on TikTok. Rock fans are already familiar with her via live work with rock royalty such as Alice Cooper, Carlos Santana and Steve Vai, while she has also performed with Carrie Underwood and was hand-picked by Michael Jackson to play guitar for his ill-fated run of dates in London. Her many accolades include being named one of the Greatest Female Electric Guitarists by Elle magazine, Breakthrough Guitarist of the Year by Guitar International, as well as one of Gibson Guitars’ Top 10 Female Guitar Players of All Time. She will also be revealing a signature acoustic guitar in early 2021 that has been made in partnership with Gibson. The combination of her lifelong pursuit of artistic excellence and credibility with her newly arrived online popularity is a fascinating juxtaposition at this point in the career of this shining star. 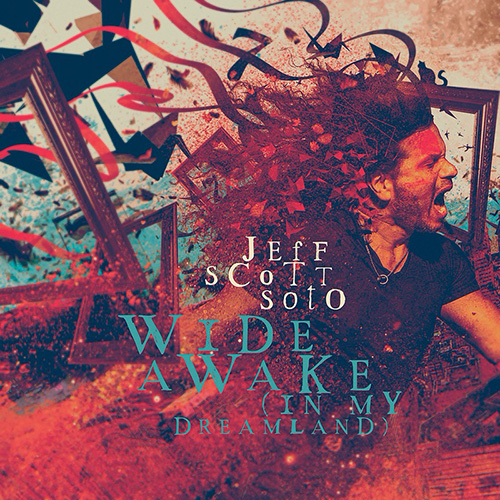 Written with and produced by the ubiquitous Alessandro Del Vecchio, this lucky seventh solo album by the veteran hard rock vocalist Soto combines all the best elements of his previous endeavours and is sure to delight his loyal following. CD versions of the album also include a bonus live album recorded at the 2019 edition of the annual Frontiers Rock Festival. Soto has nearly ninety albums under his belt as a lead vocalist, establishing himself in the mid- 80’s via a tenure with Yngwie Malmsteen before fronting bands such as Talisman, Soul SirkUS, SOTO and Sons of Apollo, as well as an ongoing membership in Trans-Siberian Orchestra and a stint with the legendary Journey.

LORDS OF BLACK: Alchemy Of Souls – Part I 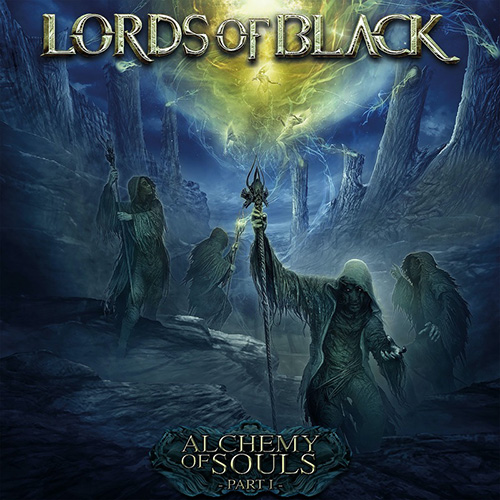 Formed in 2014 by Spaniards Tony Hernando (guitar) and Ronnie Romero (vocals, also of Rainbow and Vandenberg), ‘Alchemy Of Souls – Part I’ is the group’s fourth album. It also presents a reunited and rejuvenated group, following a hiatus taken by Romero in 2019. It is well documented that, shortly after the release of their self-titled 2014 debut album, Ritchie Blackmore invited Romero to front his newly reformed Rainbow, which resulted in Lords Of Black gaining attention via the legendary guitarist’s description of his voice as “a cross between Ronnie James Dio and Freddie Mercury.” Two subsequent albums released via Frontiers have now been bested by ‘Alchemy Of Souls – Part I’, which sets a new gold standard and is simply an unmissable album for fans of acts such as Masterplan and legends of the metal genre like Queensrÿche, DIO and Savatage.

REB BEACH: A View From The Inside 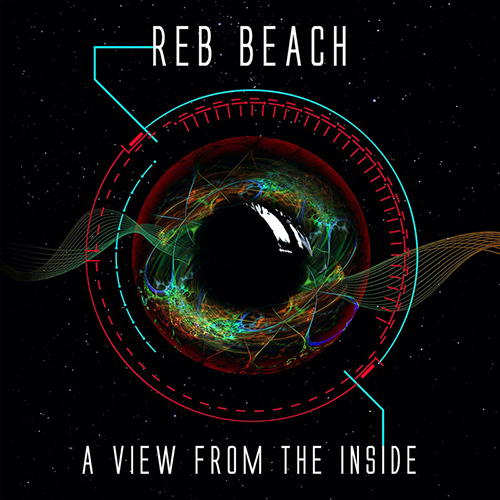 This instrumental solo album by guitar virtuoso Reb Beach showcases an esteemed and dynamic talent pushing himself forward into the future, while simultaneously transporting fans back to an era when fellow giants such as Steve Vai and Joe Satriani dominated the airwaves. Beach’s resumé with Winger, current membership of Whitesnake, past efforts with Dokken and Night Ranger, plus a recent release with the supergroup Black Swan have all helped to establish him as one of the greats. His unique progressive style initially made him a sought-after session player in the mid-80’s, a time when he also hooked up with Kip Winger in New York to co-found Winger, with the duo subsequently crafting several platinum albums and hit singles. Although he has released other solo records, ‘A View From The Inside’ is Beach’s first ever instrumental album and one that he sees as the culmination of decades of study and hard work. 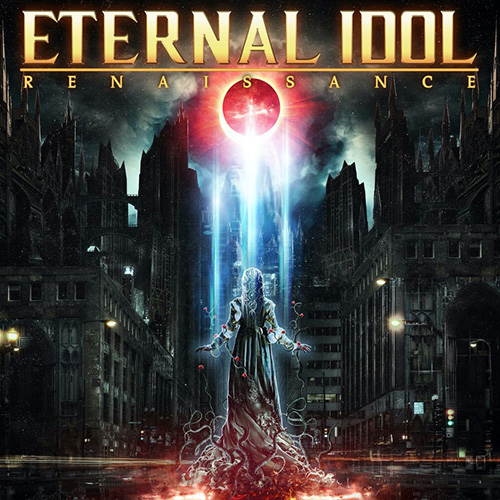 ANGELICA: All I Am 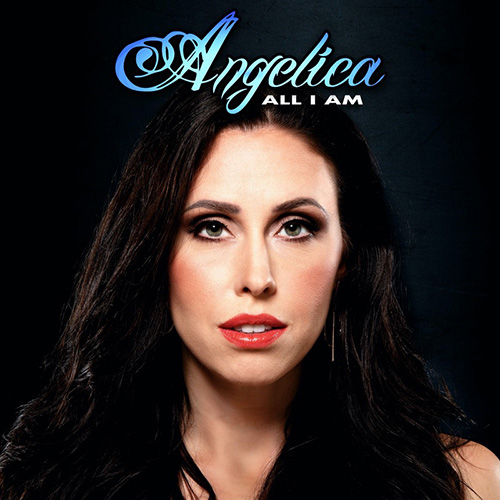 Best known as frontwoman of the Swedish cinematic metal band The Murder Of My Sweet, Angelica Rylin is also an accomplished artist in her own right. Following her excellent 2013 debut solo album, ‘Thrive’, she has decided the time is finally right for its follow-up. Her TMOMS bandmate Daniel Flores sits in the producer’s chair with superb results on a stunning record that is at times reminiscent of the classic sounds of Bryan Adams or acts such as Daughtry and Pink given a melodic rock twist as Angelica puts her own unique stamp on proceedings. 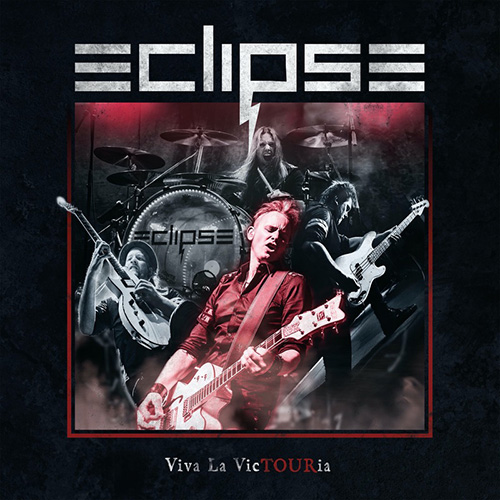 Swedish hard rock act Eclipse have announced their first ever official live release with an album that was recorded in Gothenburg just before Xmas 2019 during a tour in support of their successful current studio album, ‘Paradigm’. Available on 2xCD, 3xLP, DVD and Blu-ray, each format includes additional bonus materials that include the studio track ‘Driving One Of Your Cars’ (a Lisa Miskovsky cover), acoustic versions of ‘The Downfall Of Eden’ and ‘When The Winter Ends’, as well as live tracks from the band’s ‘Live from the Quarantine’ pay-per-view special recorded in Stockholm on 1st April 2020. This live album completes the promotion of the ‘Paradigm’ album and serves as a fitting document of an extremely successful yet simultaneously strange phase in the career of Eclipse given the restrictions posed by the ongoing pandemic.

Iconic Eye Release ‘Back From Behind The Sun’ EP and single