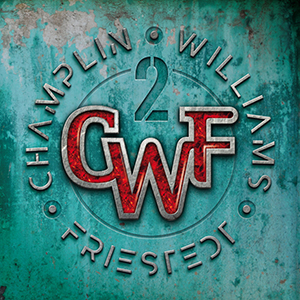 Champlin Williams Friestedt consists of renowned TOTO singer Joseph Williams, composer of film and drama scores and can also be heard in Disney‘s animated feature film “The Lion King” as the singing voice of adult Simba.

With the TOTO haunting “10 Miles” to the CHICAGO sounding ballad “Between The Lines” and the soulflavoured “Love In The World” to the straight forward rock track “Runaway Dancer” this album really takes you on a Journey.

The album was recorded at Goldmine Studios & Friestedt Productions Studio and produced by Peter Friestedt, Bill Champlin and Joseph Williams.

“II” was released on the 15th May 2020 on both digital and physical formats.