It’s one of the most highly anticipated hard rock tours of 2020.
22 co-headline shows along with national festival appearances from 2 of the fastest rising talents on the UK rock scene today.

Here’s what they are saying about Scarlet Rebels…

‘Show Your Colours’ is quite possibly the most impressive new rock album of 2019 – 5/5
Album of the month,
Guy Bellamy, Great Music Stories

Scarlet Rebels manage that most seductive of combinations… hard-as-nails guitar chops and the kind of soaring, alt-infused choruses that instantly places them in a contemporary light.
Classic Rock Magazine

‘Show Your Colours’ is an album packed full of melodic, invigorating and emotive rock tunes that lift the senses, and illustrate the accomplished musicianship of the band. From the ballsy and political opener that punches you in the face, to the slowly building, powerful ‘Heal’, there is something for every rocker here. No wonder these guys are pulling crowds and building on their solid reputation as incredible songwriters and performers.
Down The Front

Scarcely giving the listener space to breathe, they fire off a series of frenzied riffs and pummelling choruses, giving them an anthemic harder edge while keeping a melodic handle on it. It’s a classic rock shakedown from the valleys.
Hugh Fielder, Classic Rock Magazine

Here’s what they are saying about Revival Black…

This band likes a riff. The new single is ‘Wide Awake’ and you will be when you have heard it.
Wyatt Wendels – Planet Rock Radio

Bursting out of the speakers are Liverpool’s Revival Black with ‘Wide Awake’. Blistering lead lines plus a catchy riff! Hard Rock gloriousness!
Down The Front

A British band with big grandiose sound, pumped to the gills with classic rock (and)  have a formidable frontman in Dan Byrne.
Powerplay Magazine

Liverpool upstarts, Revival Black, have been sent to shrieking new heights with the arrival of singer Dan Byrne. Fancy shredding your larynx in the most riff-tastic, badass way possible? Then try singing along to that chorus!
Classic Rock Magazine 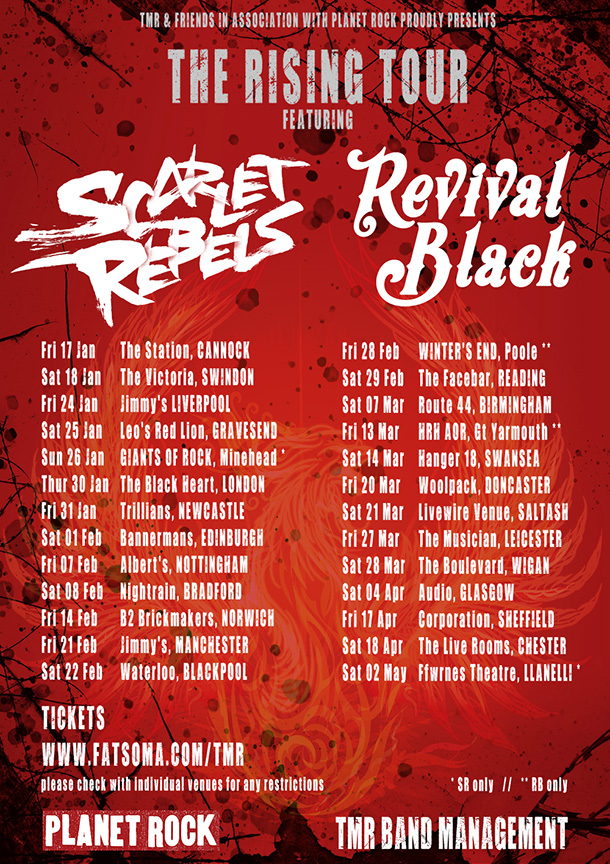