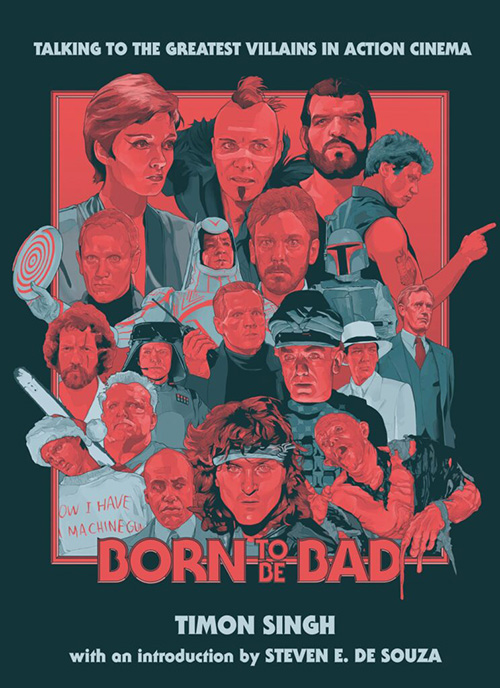 While 1980s action cinema may have been a time of shaggy mullets, big biceps, and one-liners for the heroes, it was always the villains that stuck in our minds once the credits rolled. Whether they were smuggling cocaine, bearer bonds, Krugerrands, attempting world domination or some good old-fashioned kidnapping, the villains were always the best part of the film!

In this book, action film fan, Timon Singh, sets out to talk to the actors behind the greatest villains of his adolescence to discover the stories behind their infamous film roles, the impact they had on their career and, most importantly, whether bad guys have all the fun. Speaking to everyone from body builders to kickboxing champions to experienced stage thespians, Timon interviews the actors behind some of the greatest villains and henchmen in action cinema including former Bond baddies, corrupt CEOs, global terrorists and intergalactic bounty hunters.

Featuring interviews with the likes of Vernon Wells (Commando), Ronny Cox (Total Recall, Robocop), Martin Kove (The Karate Kid), David Patrick Kelly (The Warriors), Bob Wall (Enter The Dragon), Steven Berkoff (Rambo: First Blood Part II) and many others, this is an essential read for all fans of action movies!

Includes an introduction from Steven E. de Souza, the screenwriter behind action classics such as The Running Man, Commando and Die Hard. 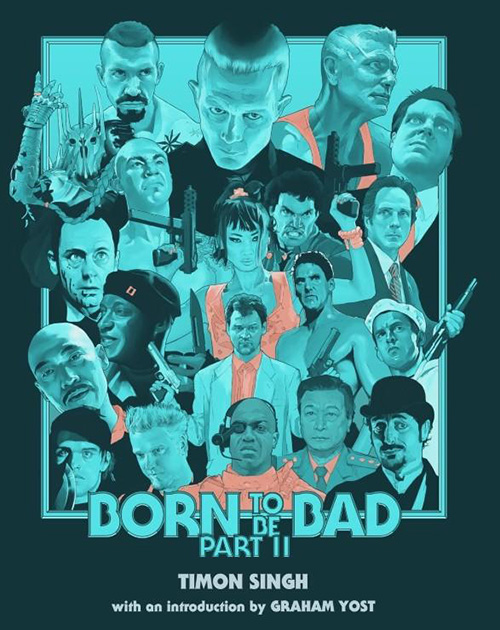 After surviving the nefarious schemes of his interviewees in Born To Be Bad: Talking to the greatest villains in action cinema, cinephile Timon Singh returns to track down and interview more actors behind the best part of any action movie: The Bad Guy.

From stars who have been in the biggest movies of all time to stuntmen who have faced off against the world’s biggest action stars, Born To Be Bad Part 2 offers fascinating insight and hilarious anecdotes into what it’s like to be cast as a villain in a Hollywood action film.

Whether the actors started off as martial arts champions, graduates of prestigious acting schools or professional body builders, everyone has a different story about how they came to be killed on-screen by some of the most famous names in show business.

RT @FLiljegren Thanks to @60MWPodcast and @ThomDownie for another great episode of #decadeofdecadence, will check out your playlists right away! And your Swedish was impeccable as usual 😉