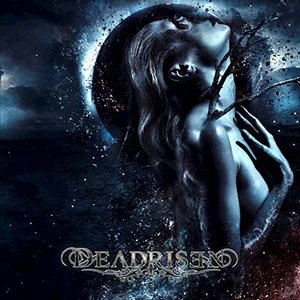 DeadRisen Band have released their lyric video for single ‘Destiny’, taken from their upcoming debut album ‘Deadrisen‘, due for release by AFM Records on March 13th

DEADRISEN combine progressive metal with power metal to create an extraordinary, unmistakable metal sound! The band is the brainchild of the respected Rivera/Bomma guitarist Rod Rivera and the renowned Symphony X bassist Mike LePond, who played on some of the most important albums in metal history. The lineup is completed with some of today’s finest musicians such as Tony Stahl (Livesay) on Keyboards, Dan Prestup (Midnight Eternal) Drums & Will Shaw (Heir Apparent) Lead Vocals.

DEADRISEN release their debut album ‘Deadrisen‘ on 13th March on AFM Records.
With heavy metal music now approaching its 50th year, DEADRISEN are a band that embraces many of the evolutions the metal genre has taken, then pushes the envelope to the next level. DEADRISEN is an explosive cocktail of older, traditional musicians with young, hungry new school guys. This creates a metal sound that can go from blues, to classical, to thrash and beyond with style and grace. The band also has the ability to incorporate unique kinds of music into the songs such as Latin-flamenco overtones, but without losing any heaviness. They are the definitive package of power and class, making it clear that Heavy Rock & Roll has risen once again.

DEADRISEN is the brainchild of Rod Rivera and Mike LePond. Rod Rivera’s guitar wizardry is best known & respected world-wide in his work with Christian Metal legends, RIVERA/BOMMA. Rod has 3 decades performing, recording & touring. The son of a flamenco guitarist, Rod is able to combine his father’s Latin guitar influence with hard rock/heavy rock to create a totally original approach to the instrument. Mike LePond is the bassist for progressive metal giants, SYMPHONY X. A seasoned veteran, he has toured the world many times over and played on some of the most important albums in heavy
metal history. He is one of the most well respected and sought-after players on the scene today.
“I have been lucky enough to play on some of the best metal albums ever made, and the debut from DeadRisen will be no exception. It has everything you need for a great record. Each song stands proudly on it’s own with amazing vocals, killer playing, and heavy metal purity.” states Mike LePond

DEADRISEN would not be complete without the talent and drive from some of today’s best rock musicians in the music industry, Tony Stahl (Livesay) on Keyboard and Backing vocals, Dan Prestup (Midnight Eternal) Drums & Will Shaw (Heir Apparent) Lead Vocals.
From the East Coast Tri-State area of The United States of America we introduce you to DEADRISEN.