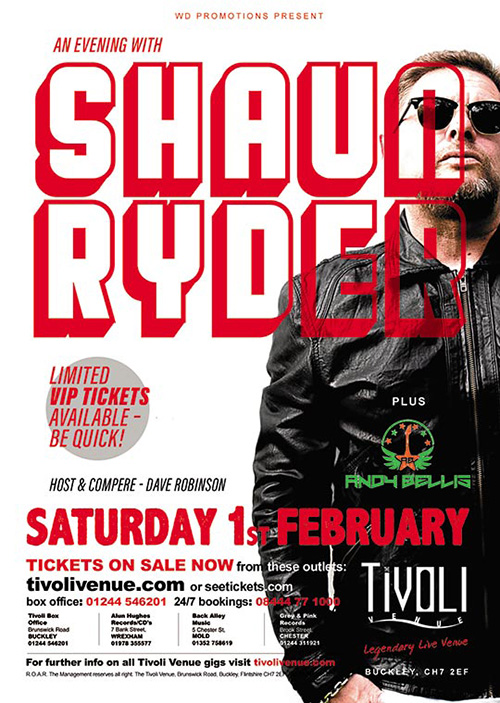 When ‘Pills an’ Thrills and Bellyaches’ came out in 1990, I was living in Los Angeles writing about whatever new thrash group was around, so the Manchester (“Madchester”) scene with its new wave of music totally passed me by.

It was on my return to Wales and seeing my younger brother and sister in dayglow clothes I realised something was going on. Mainly ‘E’s and trance dancing.

You can Google the Happy Mondays and their frontman Shaun Ryder, but I would imagine most people when asked of their opinions of Mr Ryder will say ‘You’re twisting my melon man’ and allude to his prolific drug taking. Yes, Mr Ryder was a wild man of rock, picked up off the street with limited musical knowledge, and through a lot of chance meetings and luck, ended up being one of the key singer/songwriters of that era. A “jack the lad” type, it would be easy to dismiss him as a bit of a “thicko scally” from Manchester. However, he is nothing of the sort.

Now this may be a somewhat biased review, as not only was the event at our beloved Tivoli venue, but we also had a hand in it, as Dave (the velvet voiced host of 60 Minutes With podcasts) was the nights host/compere for the evening. Being a compere isn’t an easy job, not only do you have to know an awful lot about the person you’re talking to, you have to be able to competently go off on tangents with the guest, and most importantly you have to have the confidence to control a rowdy audience.

Ryder’s ‘compere of choice’ is his friend Alan McGee, who was unable to attend this session, and I think this led to Shaun being somewhat guarded and hesitant as he took the stage to face an audience made up of mainly men.

Now ‘Evening’s With’ are a great idea; you get someone you’re a fan of, whether they be a film star or musician, you can pay extra to ‘get up close’ and have photos and a chat, then see them talk about their lives and careers, and sometimes even get to ask them a question yourself. Sounds good doesn’t it? Well it would be, if the audience stayed sober and respected the rest of the people in there. And here’s the rub, it’s the audience that make or break these events, and in my experience, I’ve yet to attend one that has a wholly interested audience. 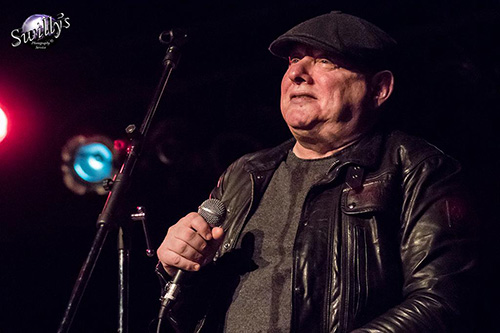 The Tivoli had set the stage perfectly, and the support (Andy Bellis…singer songwriter on acoustic guitar) was entertaining, then there was a quick and successful auction of memorabilia to raise money for the Australian Bush fires, then Ryder took to the stage….to the cries of a very pissed woman near the back who tried her best throughout the whole show, to disrupt it.

Thankfully the people on the stage were unaware because of the lighting and sound monitors. She was VERY annoying, and seemed to enjoy the pissed off looks she got from other people around her.
But people go out for a good time, and that involves alcohol. Fair enough, only trouble is, your hero is onstage, you are excited, you get to ask them a question… and what comes out is a barrage of gobbledegook that makes perfect sense to you, but in fact is you repeating pigeon over and over, to the puzzlement of the people onstage.
And here is where Shaun, and indeed Dave, excelled.
While Dave calmed the audience, clinging on to the mic for dear life (first rule of an audience with…NEVER give up the mic to anyone), Shaun took the single word pigeon, and told a story from his past about pigeons. It’s a juggling act to give the audience what they want (a great time) while being a mind reader, raconteur and bouncer.

It took Shaun 15 minutes to warm up to Dave’s questions (from other reviews I’ve read it appears McGee, who knows Ryder so well, tends to ask the same thing), but once he felt comfortable, the talk turned more edgy and interesting, with Shaun covering the early years and formation of the Mondays and Black Grape, to working with John Cale and Tina Weymouth.

The thing is, despite his bad boy fame, Ryder really has had the most eclectic life and career which is so entertaining and interesting, that given more time and a compos mentis audience (sorry but booze and questions don’t mix) it would be a truly awesome experience. 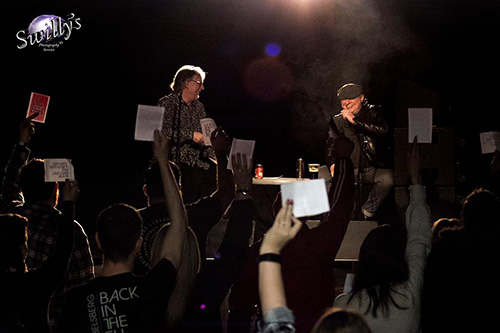 Now it does sound like I’m having a right moan about the audience, and yes I am. It’s my own snobbery, as I want to hear what the man has to say, I want to hear the stories and I want the venue to be successful. But bottom line is, you pay your money and you buy the booze, and … well sorry NO, no one wants to hear a pissed woman dance with her mate and sing at the top of her voice while Shaun Ryder is onstage. It seems that at these events, it’s a free for all in audience participation, so some you win, mostly you lose.

Perhaps one answer is the submission of questions before the event starts, that way you are NOT pissed when you think up what you want to ask…and if you want to dance and shout all the time…go to a disco instead.

It didn’t spoil the night and thanks to Dave’s professionalism (and corralling skills) and Shaun’s great wit and stories, everyone had a great time….which hopefully can lead to more of these events at the Tivoli.

Review by Tina with thanks as always to Roki and Kirsty.

I used to live in Los Angeles and write about Rock bands. Now I live in wonderful Wales and write about films. I like video games (especially RDR2) and am also a painter...gratuitous plug: follow my art account on Instagram @artbytinar
Deadrisen release new single ‘Destiny’ BONFIRE release their new album ‘Fistful Of Fire’ on 3rd April