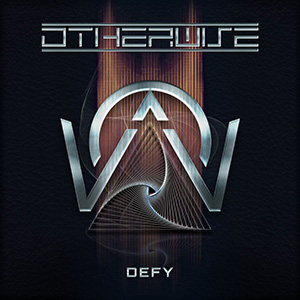 OTHERWISE have unleashed another brand new track from their new studio album Defy,  which will be released globally on November 8 , via  Mascot Records.

Speaking about Picking At Bones, singer Adrian Patrick explains “Picking At Bones comes from a deeply personal place for my Brother & I, considering some of the circumstances we were internally processing when it was written; it’s easily one of the more astonishing moments on the new album. Whether you’ve just fallen from the highest peak or you’re clawing yourself out of the deepest valley… when the storm hits, you gotta hunker down & hit right back.”

The Las Vegas hard-rockers flew out of the traps when they were heralded in their early days by Fox News as one of the best unsigned bands in the U.S. after their debut single ‘Soldiers’ sold over 10,000 copies. The song went of to feature on 2012s ‘True Love Never Dies,’ which has over 26M Spotify streams alone and has become the band’s anthem. They also became the first band to reach #1 on Sirius Octane without a record label and it was their formidable presence at satellite radio in the U.S. that built the bands following.

They were formed by Sin City born brothers Adrian [lead vocals] and Ryan Patrick [guitar, vocals], on a diet of Stone Temple Pilots, Third Eye Blind and Faith No More, with Tony Carboney [bass, vocals], and Brian Medeiros [drums] completing the line up. The quartet have also previously enlisted high profile friends in Ash Costello (New Years Day) on ‘Heaven’ from their 2012 label debut and Jonathan Davis (Korn) on the self titled track on 2017’s ‘ Sleeping Lions’ .  Every single  they’ve released has reached the top 30 U.S. Mainstream Rock charts. Adrian Patrick also featured on In This Moment’s 2010 song ‘ The Promise,’ the band’s highest charting single to date.

Since their self-titled independent debut in 2006, they’ve unleashed ‘True Love Never Dies’ [2012], ‘Peace At All Costs’ [2014], and ‘Sleeping Lions’ [2017]. Along the way, they have shared the stage with everyone from Stone Sour to Papa Roach in addition to shutting down Welcome To Rockville, Rocklahoma, and Shiprocked!

On ‘Defy’ they linked up with producer Matt Good [Asking Alexandria, Hollywood Undead] for the first time, commuting from Las Vegas to his Phoenix studio in order to cut these eleven tracks.  “It’s a new chapter all-around, and we’re fired up about it,” the singer says. “Matt is the most creative, prolific producer we’ve ever worked with. He’s the kind of guy we’ve always wanted in our corner.”

“When you listen to the record, I hope you go, ‘I did not expect that’,” Adrian leaves off. “It’s personal. This is my fucking life. There’s no turning back. This band is the future of my family. It means everything to me—and all of us. This is OTHERWISE.”

Sin City’s sons have regrouped, refocussed and thrown down their most impassioned music to date. They’re defiant and ready to come out fighting – bearing their heart, soul and laying it all open in the process.