Review: A Score To Settle 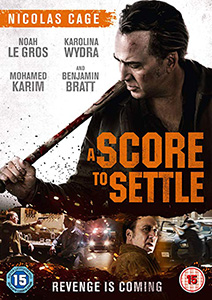 Released from prison after serving 20 years for a crime he didn’t commit, Frank (Nic Cage) tries to rebuild a relationship with his son, while also seeking revenge on those who betrayed him.

What could be a fairly basic plot, unravels with enough twists and turns to keep you guessing as to what may happen next.

Nic Cage doesn’t just dial in his performance, and there is a classic scene involving ‘Cage rage’ where he loses his shit once again…well worth buying just to own this scene!

Director Shawn Ku does a serviceable enough job of keeping the narrative flowing, while the cast all give solid performances.

A Score To Settle is far from being a ‘must watch’ movie, but for fans of Nic Cage and/or those of you who enjoy revenge movies, then there is definitely far worse out there.

Damning with faint praise? Possibly. I for one enjoyed it though…maybe you will too.

Review by Dave from a disc kindly supplied by Witchfinder PR. 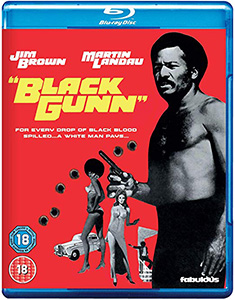 A black militant group violently robs a mafia run bookies, who naturally get pissed off with the group and want revenge.

Gunn (Jim Brown) runs a popular nightclub and is drawn into the fight between the militant group and the mafia as his brother was involved in the robbery.

Things take a turn for the worse when Gunn’s brother is killed, and if there is one thing that you don’t do in any Jim Brown starring movie, it’s don’t piss his character off, as there will surely be hell to pay.

A fairly standard blaxploitation movie, Black Gunn is lower on action than most, but is raised with having the ultra-cool Jim Brown in the lead role, as well as a great supporting role from Martin Landau.

A funky score by Tony Osborne will have your feet tapping, and you will also be hypnotised by the amazing 1970’s fashions on display…those collars!

If you’re a fan of the blaxploitation genre then you definitely will not be disappointed with Black Gunn.