We’ve been reviewing the great Blu-ray and DVD releases from Australian Umbrella Entertainment for quite a few months now (have a read of The Man From Hong Kong and The Land That Time Forgot as a couple of examples).

They have also got some theatrical releases lined up for 2018 too and the details are below. 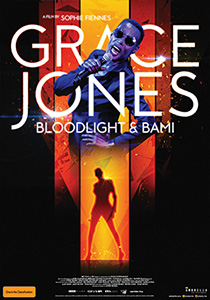 “A celebration of de ant, uncompromising originality.” – The Observer

“If you didn’t love Grace Jones before, then you will after watching Grace Jones: Bloodlight And Bami.” – Daily Express

Larger than life, wild, scary and androgynous – Grace Jones plays all thees parts. The lm includes Grace’s unique performances singing iconic hits such as ‘Slave to the Rhythm,’ Pull up to the Bumper,’
as well as more recent tracks.

These songs also link to Grace’s family life, as the lm takes us on a holiday trip to Jamaica, where her family roots and the story of her childhood are uncovered. This ia a Grace we have not seen before, somone who reminds us of what it is to be truly alive. 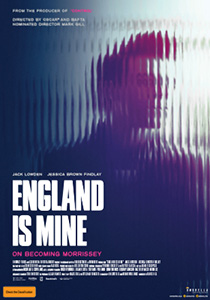 FROM THE PRODUCER OF CONTROL DIRECTOR:

A portrait of Morrissey and his early life in 1970s Manchester before he went on to become the lead singer of the seminal alternative rock band The Smiths. 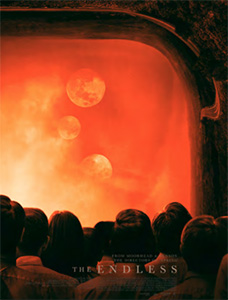 Two brothers return to the cult they ed to discover that the group’s beliefs may be more sane than they once thought. This acclaimed Lovecraftian thriller follows-up the lmmakers’ previous lm SPRING, which was heralded by Guillermo Del Toro. 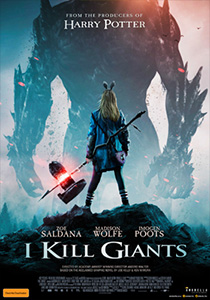 Based on the acclaimed Eisner Award nominated graphic novel by Joe Kelly and Ken Niimura,
I Kill Giants tells the story of a teenager who struggles through school and family life by escaping into a fantasy world of magic and monsters.

Anyone who has ever felt misunderstood or struggled with life’s challenges will leave feeling stronger and more empowered. 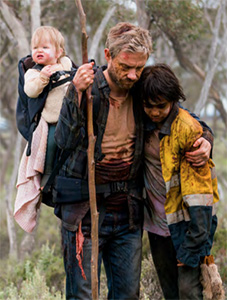 The Future is Fragile.

Expanded from an incredibly popular short lm
(13+ million views and counting), this highly anticipated Australian production from the producers of The Babadook, stars international superstar Martin Freeman, Susie Porter and the legendary David Gulpilil in a story that will appeal to both the rabid Walking Dead fan and the arthouse crowd. 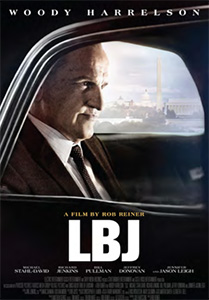 From acclaimed director Rob Reiner comes the acclaimed true story of one of America’s most controversial presidents. Featuring an Oscar-worthy performance by Woody Harrelson in the title role, the lm mainly focuses on LBJ’s run for presidency, defeat by JFK and then taking on the role after the assassination in LBJ’s home state of Texas. 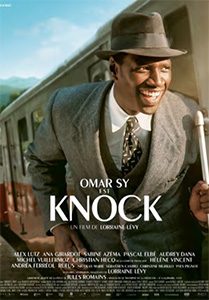 DIRECTOR:
Lorraine Levy (The Other Son)

In this wonderfully produced provincial period comedy, Omar Sy plays Doctor Knock, a former thug who becomes a doctor and arrives in the small village
of Saint-Maurice to make his fortune by telling the naïve villagers that they are not as healthy as they might think.

SEE YOU UP THERE (AU REVOIR LA-HAUT) 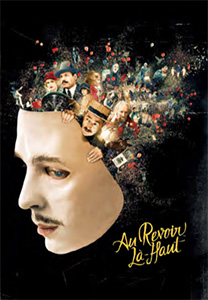 A sumptous period drama which has taken the French box of ce by storm, See You Up There starts a few days before Armistice, when Edouard (Nahuel Peérez Biscayart) saves Albert’s (Albert Dupotel) life. Condemned to live, the two mis ts mount a monumental scam to put things right. 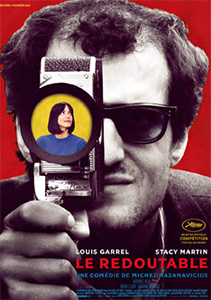 NOMINATED FOR 5 CÉSAR AWARDS including: BEST DIRECTOR for Michel Hazanavicius and BEST ACTOR for Louis Garrel

From the director of The Artist, comes another brilliantly stylish love letter to cinema, this time revered French New Waver Jean-Luc Godard.

Chronicling his post-Breathless/Contempt period of Maoist lmmaking, and his falling in love with young actress Anne Wiazemsky (Stacy Martin), who he later marries. 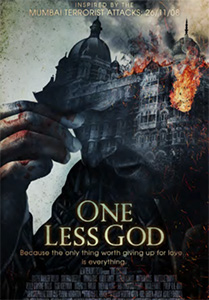 2018 IS THE 10TH ANNIVERSARY OF THE TAJ TERRORIST ATTACK

In November 2008, a band of young Islamic militants from Pakistan lands in Mumbai. Their primary target, the iconic Taj Mahal Hotel. With Indian forces unable to regain control, for 4 days the guests must battle to survive as the terrorists seek to drive them from hiding. More than a tale of monsters and men, this

is a story of our shared humanity at the dark crossroads to which we have now stumbled. 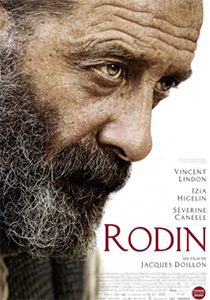 From revered French lmmaker Jacques Doillon,
in the grand tradition of Camille Claudel comes Rodin, an account of the famous French sculptor’s rigorous work ethic and romance with Camille Claudel, and his life as a groundbreaking French artist alongside cotemporaries such as Victor Hugo, Paul Cezanne, and Claude Monet, featuring a tour de force performance by French superstar Vincent Lindon. 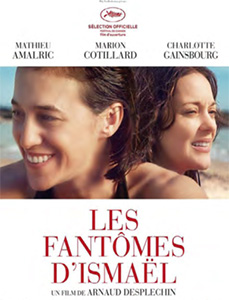 A lmmaker’s life is sent into a tailspin by the return of a former lover just as he is about to embark on the shoot of a new lm.

Starring the créme of French cinema: Mathieu Amalric, Marion Cotillard, Charlotte Gainsbourg and Louis Garrel, this classy lm is packed to
the gills with style and substance, which is what audiences have come to expect from Arnaud Desplechin (My Golden Days, A Christmas Tale)