This was my first visit to Jimmy’s in Liverpool and I have to say that I thoroughly enjoyed my evening there, from the very friendly and helpful bar staff, through of course to the 3 excellent bands that rocked the place past the designated finishing time (more on that later…and keep it to yourself!).

First on stage was Attic Theory, who on their Twitter profile (@attictheory) describe themselves as “Alternative Sexy Groove Rock”, and damn me if that isn’t a great description.

Formed in 2017 by the remaining members of the band ‘Matchstickmen’, this Liverpool based band immediately caught my attention with their high energy performance and obvious great sense of humour, both of which endeared them to everyone in attendance, whether you were new to the band like me, or home crowd fans that already had the pleasure of seeing them.

Vocalist Lewis Wright pulled out a megaphone for one song which gave a really interesting twist to the sound, not as he needed any help with his vocals though as they were clear and powerful throughout their set.

The whole band were musically tight, and even though I didn’t know any of their songs, they all contained everything that I enjoy about rock music: great (intelligible) vocals, a cracking guitar sound, pounding bass and drums, all with a good dollop of melody.

Attic Theory apparently have an EP coming out this year, so I’ll be all over that, as well as getting hopefully Lewis on a future interview show to chat about the band. 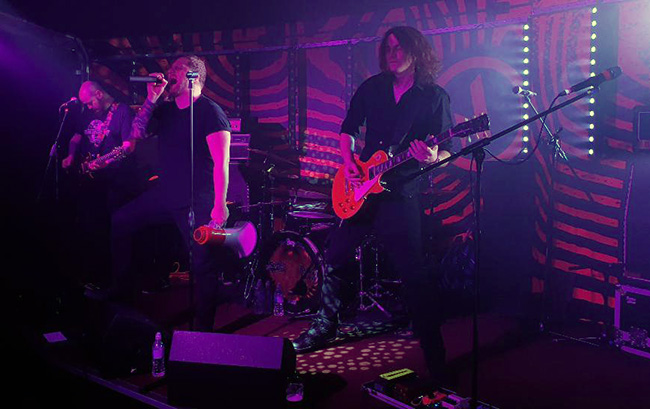 Next up were Scarlet Rebels (previously called VoiD and with some more great music that you should listen to ASAP); a band featured many times on our website and who are also Welsh, and seeing as 60MW Towers is also in Wales, they immediately get extra kudos…even more so as they repped their Welsh roots with both a fluffy Dragon and a fluffy sheep on their amps.

Their album ‘Show Your Colours’ is fantastic and so I was already familiar with the songs. However, this was my first time seeing them live, and they most definitely didn’t disappoint.

Singer/songwriter Wayne Doyle has a great voice, and the passion for his lyrics are clear for all to see and hear. He also doesn’t get phased easy, as part way through a song late in the set he broke a guitar string. Carrying on without dropping a note, he casually mentioned at the end of the song and before starting the next one that the guitar was more of a comfort blanket to him anyway, and he’d be like a T-Rex with waggling arms if it wasn’t there. Here’s another band that isn’t afraid to have a laugh with the audience…just what I like.

What I also like is the bands sound up close and live. Songs that I knew and enjoy, but also adding that extra live ‘twist’ where the ‘feel’ of the song is always in harmony with the band and the audience. The whole band feeding off the increasing energy in the room and raising their game to match it.

Sing-a-long anthems, ballads, melodic rock, it’s all here and more with Scarlet Rebels.  Do yourself a favour and buy their music at the first opportunity. 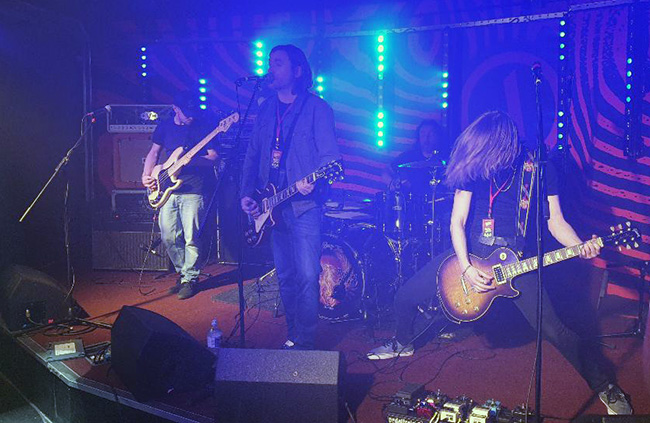 Rounding off the evening were Revival Black, and what better place to see them than in their home town of Liverpool!?

I featured their song ‘So Alive’ in a previous ‘Soundcheck ‘em out’ show and had bought their debut album ‘Step In Line’, so once again was familiar with the songs.

The band hit the stage to a rapturous hometown welcome and the cheers just got louder for the rest of the evening as they rocked everyone with a high energy set that had arms raised high, voices raised even higher, and many beers raised in their name.

Humour once again shone through as vocalist Dan Byrne announced at the beginning of a song that if everyone enjoyed the following song it was one of theirs, and if they didn’t enjoy it then it was by Deep Purple. They then proceeded to knock out a fantastic rendition of ‘Burn’.

As well as songs from their debut album they also showcased a new song that has been written for album number 2. I shamefully can’t remember the name of it, but DAMN it was good.

With a 10:30 finishing time already passed by the time the final song on their setlist had been played, all attending were still fired up and didn’t want to leave. So when asked by the band if another song was wanted, a resounding YES!!! Was cheered by everyone. 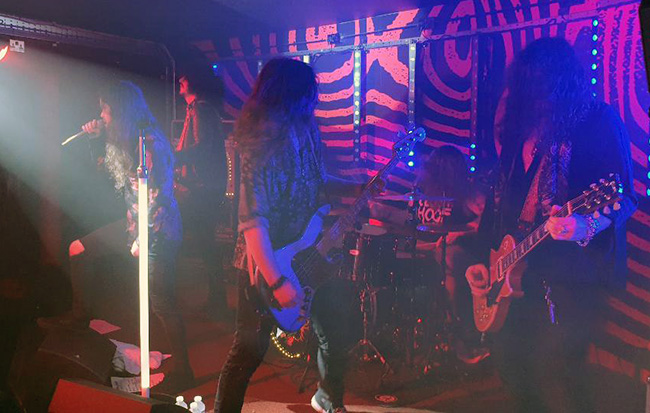 If this is anything to go by for the gigs at Jimmy’s, then I need to get across to Liverpool more often!

Scarlet Riot and Revival Black are still at the beginning of their ‘The Rising Tour’, and so you have plenty of time to go and see them at an upcoming gig, where no doubt another local band may well be supporting them too.

Also make sure to follow Attic Theory for all that they do too. 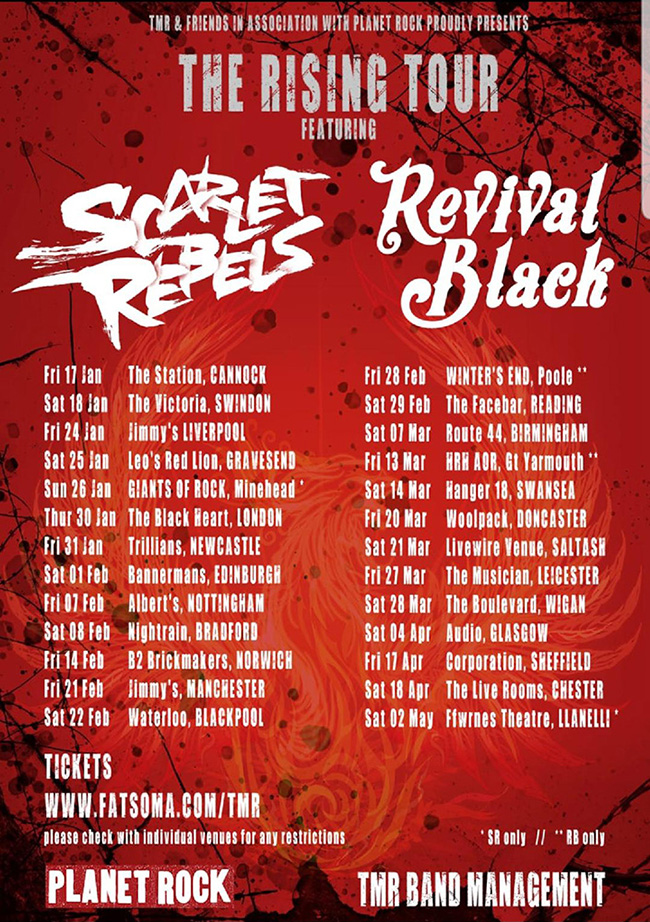