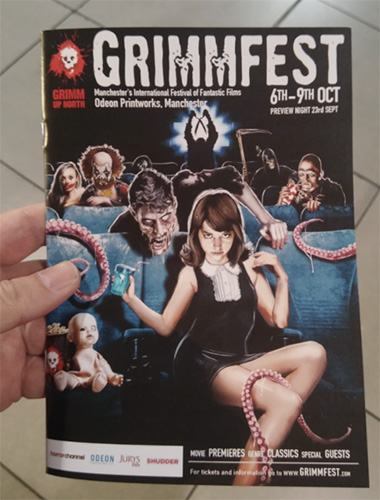 Now in its 8th year, Grimmfest continues to grow and expand what is already a premiere event for genre fans across the UK. Not restricted to purely horror movies, Grimmfest showcases the best of new and upcoming movies from thrillers to suspense and fantasy, the majority of which are accompanied by either video or ‘in person’ introductions and Q&A sessions.

This was my 1st visit to Grimmfest and I could only make it on the Saturday (something which I hope to rectify next year). I hadn’t sat down to watch so many back to back movies since visiting ‘Black Sunday’ (anyone in the UK remember that?) in Manchester 25 years ago, and I was thoroughly looking forward to it.

Held in the Odeon Printworks, you’re assured of comfortable seats, a great screen, superb sound and all amenities close at hand. In the hub area outside of Screen 2 (where all the movies were shown) there was a variety of attractions to keep you occupied between movies.

Arrow Films were in attendance and had brought a big selection of movies to buy (I bought the Blu-ray’s of ‘Bound‘ and ‘The Incredible Melting Man‘. We have had the pleasure of meeting Louise from Arrow in the past, and so it was fantastic to meet up once again…hello Lou! x

Horror Channel was sponsoring Grimmfest and had a ‘Horror Wall’. You could write a horror movie quote on it and then claim a free mug…I’m sat drinking from my ‘Cruel Tea’ mug as I write this.

Shudder were making themselves known to all in attendance and were giving away free t-shirts to everyone. They have been extremely generous to us and have given us easy access to their upcoming streaming service. Watch out for a review on here soon. 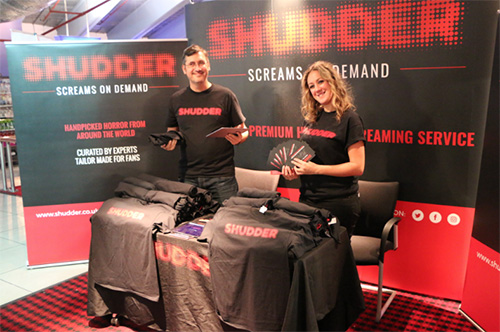 Emesis Art and Hatter’s Top Tables had superb art work and hand crafted decorations to proudly display. I would definitely recommend that you follow them both online and treat yourself to something. 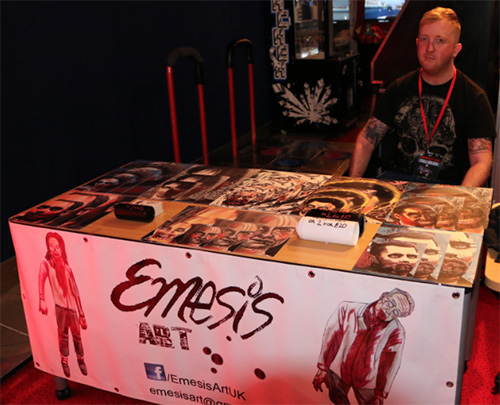 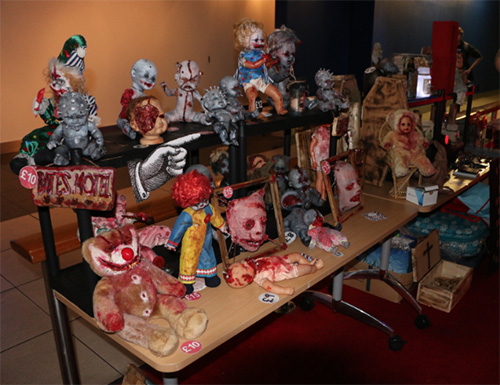 Shaun Harrison arrived and proceeded to transform somebody into a zombie. It was amazing to see the transformation and get a ‘behind the scenes’ look at what is involved in creating a zombie. 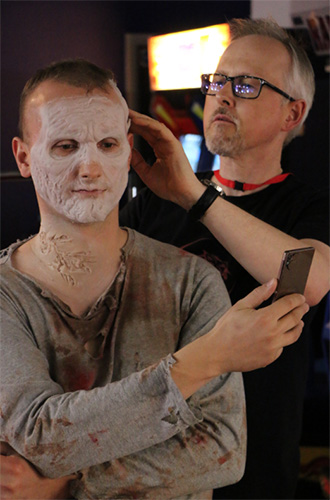 The main attraction of course are the movies, and Grimmfest sure as hell doesn’t disappoint. I absolutely loved each and every movie that I watched, making me lament even more that I wasn’t there for the full event. 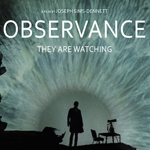 Estranged from his wife, following the death of his son and on the verge of bankruptcy, a private investigator is hired to watch a young woman from the abandoned tenement across the road from her flat. But his employer and the purpose of the investigation remain a mystery.

Joseph Sims-Bennett gave a video introduction to Observance and he has crafted an extremely unsettling movie that could have been the bastard love child of David Lynch and David Cronenberg. Intercutting between reality and the ever more paranoid thoughts of private investigator Parker (Lindsay Farris) the sense of growing unease makes you unconsciously squirm in your seat.

There a a few scenes that are genuinely shocking (this coming from a genre fan of 40+ years) and non more so than when Parker starts to feel ill while stood over a sink. I shall say no more, but just make sure that you are not eating when that comes on screen.

A great start to the day. 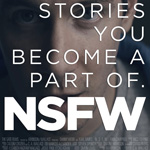 When a blogger pretends to be a child online, his attempts to uncover a predator lead to unexpected and horrific consequences in a nearby wood. Danny Webb (Alien3, Humans) and Karl Davies (Game of Thrones) star in this taught, brilliant and brutal film.

NSFW is a 30 minute short movie that packs a lot into its running time. Twists and turns keep the story rolling, while culminating in an ending that is not only brutal, but also poetic in its statement. This was introduced in person by Cosmo Wallace and he’s a name to keep an eye on. 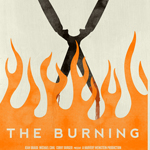 A janitor at a summer camp is horrifically burned as the result a prank. Years later, he is released from an institute, and returns to the camp with a pair of hedge clippers to take his bloody revenge.

The Burning is a classic horror movie that you all have surely heard of, if not already watched many times. Presented as a pre-release screening from Arrow Films upcoming 4k master, I shall be giving this a separate review very soon. 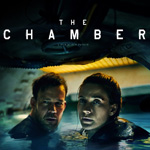 Beneath the Yellow Sea off the coast of North Korea, the pilot of a small submersible craft and a three man Special Ops team on a secret recovery mission become trapped underwater in a fight for survival.

Introduced by director Ben Parker and producer Jennifer Handorf, The Chamber is a taught, nail biting exercise in paranoia and claustrophobia (something which Parker explains he suffers from in his introduction). With shades of The Abyss, this movie will have you holding your breath on more than one occasion. 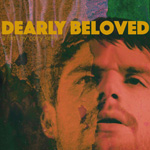 A tangled web of love and lies catch up with James on his wedding day.

A 10 minute short made by young filmmakers, this mixed gritty violence with a smattering of laugh out loud humour. People to keep watching for the future. 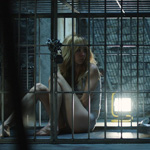 Travelling to work on the bus one morning, insecure loner Seth bumps into Holly, a girl he was at school with and has always been obsessed by. After she rejects his attempts to romance her, he abducts her and holds her captive underneath the animal shelter where he works. But Holly is not entirely what she seems.

A witty video introduction by director Carles Torrens and actor Dominic Monaghan had everyone charged and ready for PET. 84 minutes later as the audience was still sat in stunned silence as the end credits rolled, a sole voice exclaimed loudly “DAMN!” Everyone exhaled, laughed at the succinct review and broke into applause. The less you know about this movie before viewing, the more you will enjoy it. Highly recommended.

With things to buy, people to see, food still to eat (my growling belly could probably be heard in the back row during PET) and the drive back to Wales still ahead of me, I sadly had to miss the final 2 movies of the day: 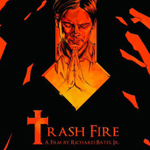 Self-loathing wastrel Owen and his pregnant girlfriend go back to his family home to confront his past demons, in the shape of his hateful religious lunatic Mother and his younger sister, horribly disfigured by a fire he caused. 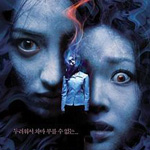 An ambitious radio DJ, her estate agent boyfriend and his grandmother find themselves targeted by a “Hungry Ghost” that feeds on their various insecurities and guilty secrets.

Grimmfest is a genre showcase that is a ‘must visit’ for not only everyone in the UK, but worldwide too. It is run by people who have an obvious love of genre movies and is populated by an audience who are appreciative of all that is put before them. HUGE congratulations to all involved.

Review by Dave (host of 60 Minutes With) with thanks to Grimmfest for the press pass.