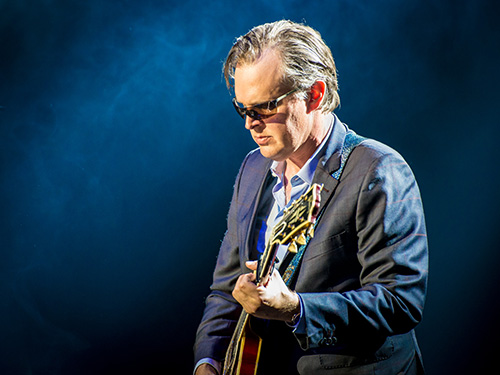 The last time I saw Joe Bonamassa do a solo show was way back in December of 2009 at the University of East Anglia in Norwich. It goes without saying the venue I saw him play this past Friday was quite the step up!

A huge crowd had assembled for the second of two nights at the prestigious and grand Royal Albert Hall, a venue I’d never actually been to! It goes without saying it’s a hell of a place, and the staff were insanely helpful.

In a time where every event starts late, it was a pleasant surprise when Bonamassa and his band came out on stage bang on the announced start time of 7:30pm and launched straight into their first song Evil Mama. In fact, the set was three songs deep and people were still arriving and hurriedly finding their seats.

What an incredible set too, some older stuff that I was a bit more familiar with such as Dust Bowl, the always incredible Sloe Gin (hard to believe that’s a Tim Curry cover…yes, THAT Tim Curry!) and an epic set closing Ballad of John Henry.

I’m going to have catch up on some of his other albums too, as tracks like Just Cos You Can Don’t Mean You Should, A Conversation With Alice and the boogie fuelled Lonely Boy were sensational.

The set ended with a double bill of Woke Up Dreaming (acoustically) and Mountain Time and in between a hilarious story about the guy who wrote them with Bonamassa, and then promptly retired due to writing a little song called “My Heart Will Go On”! I believe the term used was that he became “Fuck you rich“.

It goes without saying that Bonamassa is one of the greatest guitarists in the world, but a special mention has to go out to keyboardist Reese Wynans, a legitimate member of the Rock n’ Roll Hall of Fame for his work with Stevie Ray Vaughans Double Trouble. Was incredibly cool being able to see him play live too.

If you’re even remotely into rock music or guitars in general, you owe it to yourself to see Joe Bonamassa play, there is no one like him in the world.

Truly an epic evening at an epic venue. 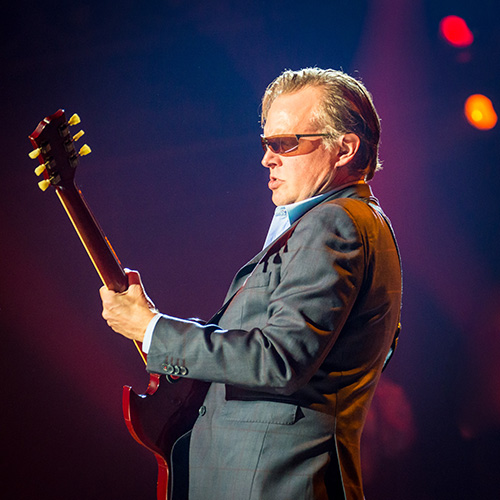 Hi, I’m Thom. Been podcasting with Dave since 2012 (for my sins) and it continues to be a fantastic and rewarding experience. In addition to watching an abnormal volume of films of varying quality, I also spend my time on the crew of a wrestling company in London. Hope you enjoy all the audio entertainment here...and my reviews of course!