For the full context of this list, please make sure to read part 1 of this fantastic feature. 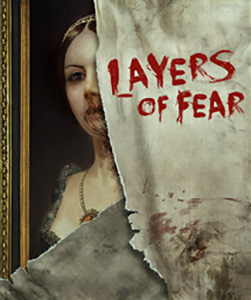 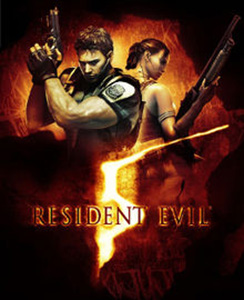 I remember buying Resident Evil 5 when it was originally released in 2009. I went to GAME in Wolverhampton at 7am, and then spent the whole day at work really excited to get home and play it. I’m such a big kid! This is another reason why I love video games, because they can provide such excitement and entertainment. Four years had passed between the classic Resident Evil 4 and the release of its sequel, and it’s fair to say that the hype was massive for Resident Evil 5! Seeing the pre-release trailers were another reason for my excitement, as the graphics looked absolutely stunning! Add to this the ability to play in co-op with a friend and it’s fair to say that I could not wait for Resident Evil 5. I wasn’t disappointed at all and Resident Evil 5 remains one of my favourites in the series, especially when played with a friend. A remastered version of the game was released in 2016, and once again, I was excited to play it with my mate. Come to think of it, I have now completed Resident Evil 5 four times, which goes to show you just how much I enjoy it. 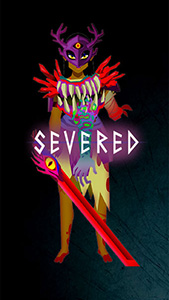 From the makers of the excellent Guacamelee, comes a game that harkens back to dungeon crawlers that were popular in the 80’s & 90’s. I think it’s fair to say that if you liked games such as Eye of the Beholder and Dungeon Master, you will enjoy Severed. You play a young woman whose family have been taken by evil forces. The name of the game gives you some clue as to the main game mechanic that you will be using. Instead of using traditional controls, your finger becomes your weapon as you swipe the screen to sever your enemy’s limbs. Each monster has different strengths and weaknesses, so an attack at the wrong time or wrong angle means that you face a nasty counter attack. Severed looks lovely on the PlayStation Vita and has a distinctive style which developer Drinkbox Studios manage to bring to their games. The touch attack system can get very frantic, especially when you are being attacked by multiple enemies. I swear my finger felt very warm after one particular manic screen rubbing session! Severed is a really interesting game, not only in terms of its look, but also the innovative gameplay. It is well worth checking out. 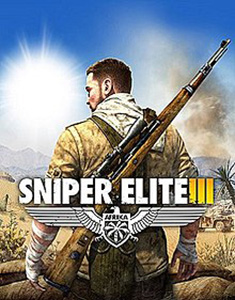 I won’t write too much about Sniper Elite 3, as its sequel features slightly higher up this top 50 list. What I will say though, is that Sniper Elite 3 is a fantastic co-op game that is only surpassed by the excellent Sniper Elite 4. 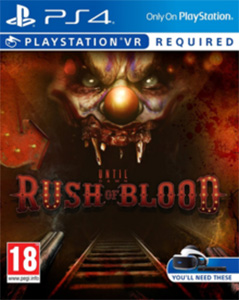 Until Dawn was one of my favourite games of 2015, so I was intrigued when a PSVR spin off was announced. Rush of Blood is a very different experience to Until Dawn, and feels more like an arcade shooter that is similar to the House of the Dead series. With this being a VR game, you are fully immersed in the world as you are strapped to a roller coaster. To truly appreciate the game, I would recommend you invest in two PlayStation Move controllers, as these act as your guns. The aiming and accuracy of the guns feels very precise and helps to immerse you more into the game. As I found with many other VR games, it is amazing just how the experience tricks your brain into thinking that you are really there. The sensation of being on a roller coaster is uncanny, and my stomach felt like it was going into my mouth at times, just like it would being on a real big dipper. Although the game can be completed in a couple of hours, there is re-playability as there are various challenges to complete. Until Dawn: Rush of Blood is a really fun game, especially at a budget price of around £15. 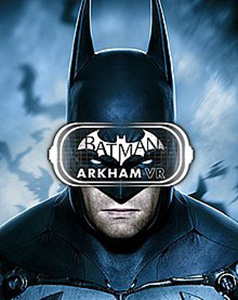 It’s not often that you get the chance to quite literally step into the shoes of the Dark Knight, but Batman: Arkham VR gives you the opportunity to do so. It’s debatable whether Batman: Arkham VR is a game or an experience, but there are definitely gameplay elements to it. Before you don the famous cape and cowl, you start the game at Wayne Manor as millionaire playboy Bruce Wayne. He is investigating a number of crimes which later leads Batman to the rooftops, alleyways and sewers of Gotham. Using the PlayStation Move controllers as your hands, everything feels very tactile as you pick up items and tilt them in front of your eyes. One of the highlights of the game was where I was standing in front of a mirror, and I swear my brain started to melt as I felt like I was Batman. Every tilt and nod of my head in the real world moved in perfect synergy with the virtual reflection that was staring back at me. It was an incredible experience! Another benefit of Batman: Arkham VR is that you are static for most of the time, which can help if you have any concerns about motion sickness. Although a short experience of around 45 minutes, there is some re-playability, and for £15.99 it’s hard to complain. 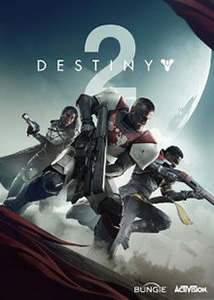 It’s hard where to start with Destiny 2 because there is a lot about the game that I don’t really understand. Fundamentally Destiny 2 is a first-person shooter from Bungie, the makers of the original Halo games. As you would imagine, the shooting mechanics are fantastic which makes it a joy to play, especially with friends. One of the main criticisms of the original Destiny was the lack of any kind of real story. Thankfully, there is now a main story, which although may not win any awards, at least gives you a reason to care about what you are doing. They have also managed to inject some much needed humour into the characters, which helps to keep things light. If you play Destiny, you’ll get that pun! Going back to my original statement, I think I find Destiny 2 a bit baffling because of the sheer amount of content, which is a bit off putting for some. Destiny 2 is one of those games that you definitely have to invest a lot of time to get the most out of it. On a basic level, the story mode and gameplay goes some way to making Destiny 2 a very enjoyable experience. The big question is now I have completed the main story, will I be invested enough in the grind to carry on playing? Only time will tell! 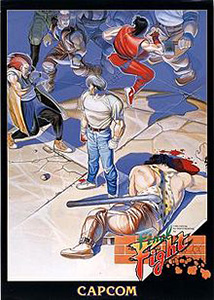 Available on: Practically everything, but played on the PlayStation Vita

I can still remember the first time I played Final Fight in the arcade. It had a huge three player cabinet, and I was immediately drawn to the colourful graphics, thumping soundtrack and bone crunching action. The Mayor’s daughter, Jessica, has been kidnapped by the Mad Gear gang and it’s your job to beat the crap out of the punks who have taken her. Any self-respecting father would do anything to get his daughter back, and it’s lucky that the Mayor used to be a former wrestler. Mike Haggar is joined by Jessica’s boyfriend Cody, and Ninjutsu expert Guy. Final Fight is one of the best side scrolling beat-em ups of all time and is a game I play at least once a year. 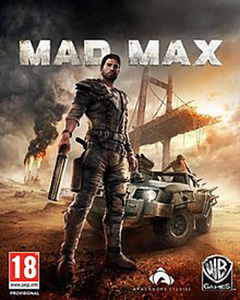 Mad Max did well enough upon its release, but average scores and fatigue for open world games probably hurt sales of what was an incredibly enjoyable game. The game is set in the Tom Hardy, Fury Road world, rather than the movies that helped to make Mel Gibson a superstar. As Max you must roam the wasteland, upgrading your car as well as your own character. Despite the game being set in a sprawling desert of mostly sand and destroyed buildings, there is a surprising amount of character that helps to differentiate between the areas of a huge map. There are two main elements to the game which are car combat and hand to hand fighting. The car combat is extremely enjoyable and although you are fairly weak to begin with, you soon start to feel like a Road Warrior when you begin to upgrade your vehicle. The hand to hand combat is similar to games such as Shadow of Mordor and Arkham Asylum, where you use counter attacks to your advantage. The most satisfying thing about Mad Max is how polished everything is, from the gameplay to the graphics and sound. Mad Max is filled with things to keep you entertained for many hours, and even though I finished the game in just over 20 hours, I felt like I could have spent another 20 hours and still not seen everything. Mad Max can be picked up for under a tenner, and you would be mad (get it?) to miss out on this fantastic game! 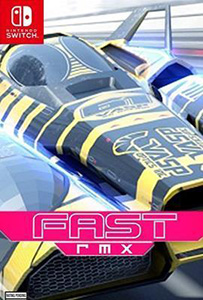 Instead of waiting for Nintendo to make another F-Zero game, you could just go out and buy Fast RMX! This futuristic racer feels like a mixture of F-Zero and Wipeout, but with a neat twist. As you are racing there are strips of the track which are coloured orange and blue. To gain a well needed speed boost you need to press a button on the controller, which changes your engine colour to match the colour of the track. Time it right and you get ahead of the pack, mistime it and you slow down to a crawl. Don’t be fooled by its budget price of £16.99, because Fast RMX is one of the best racing games on the Nintendo Switch! Featuring great graphics and superb gameplay, Fast RMX is definitely a must buy for Switch owners.

Reviews by Chris (co-host of 60 Minutes With)