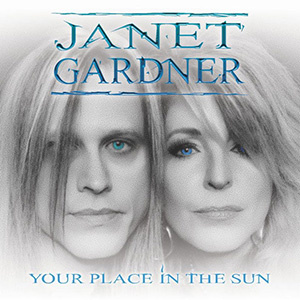 Janet Gardner, former frontwoman of Vixen, is back with her sophomore solo album, Your Place In The Sun. The album is set for a global release on June 26, 2019, via Pavement Entertainment, and available for preorder now.

Teaming up with guitarist/songwriter/producer Justin James, this new release is the perfect follow-up to the self-titled debut.

Your Place In The Sun combines modern rock elements with the classic sound Janet has become known for in her decades of female fronted and influential fury.

Once again, Janet and Justin are excited to bring a full rock assault to fans everywhere.

Make sure to listen to our interview show with Janet Gardner.