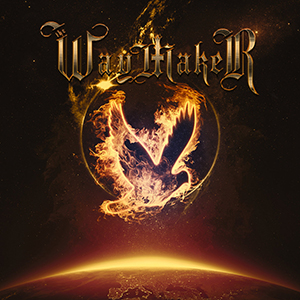 The band describes their music as melodic metal for the future, and today
The Waymaker releases the 2nd single and video Soldiers under command as a Tribute to Stryper from the forthcoming album with the same title.

– I‘m very happy and proud to do this song as this song started the journey doing metal with a divine message says Christian and continues:
– Together with Jani, Katja and also my good old friend CJ Grimmark in Narnia we really captured to fire in this song and show the way how to develop melodic metal into the future. Christian concludes.

The self-titled album due to be released in September, will have guest appearances by musicians like Narnia‘s CJ Grimmark (guitar) and Alfred Fridhagen (drums).

Make sure to listen to our show with Stryper’s Michael Sweet.