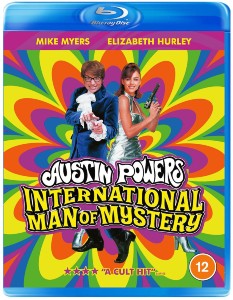 The problem with writing a review of a hugely popular film like Austin Powers: International Man of Mystery is… most film fans have seen it. So you’re just re-treading old water.

The test is, after 24 years, is it still funny?

Made by ex-Saturday Night Live alumni Mike Myers, who said the idea came to him after hearing the song ‘The Look of Love’ by Burt Bacharach on his car radio, and wondered ‘Where have all the swingers gone?’, he then came up with the character who would become Austin Powers.

Austin is a mishmash of Myers influences. Born in Canada to Liverpudlian parents he grew up watching James Bond, Peter Sellers, The Beatles, The Goodies, Peter Cook and Dudley Moore.

So is it still funny? Or has it aged terribly and does its crude double entendre humour grate my staunch feminist sensibilities?

I used to live in Los Angeles and write about Rock bands. Now I live in wonderful Wales and write about films. I like video games (especially RDR2) and am also a painter...gratuitous plug: follow my art account on Instagram @artbytinar
Survival-Horror Cult Hit “Song of Horror” Stalks Onto PlayStation & Xbox Review: The Seventh Day