Review: Sheep Without a Shepherd

Digital: Sheep Without a Shepherd (2019) 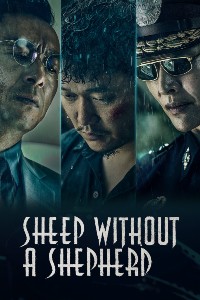 Directed by Malaysian/Chinese director Sam Quah Sheep Without a Shepherd is a remake of the 2013 Indian/Malayalam  film ‘Drishyam’ by Jeethu Joseph.

This new Chinese remake starrring Xiao Yang, Tan Zhuo and Joan Chen tells the story of  a Chinese family living in Thailand. Weijie, his wife Ayu and their two daughters Pingping and An-an run some sort of internet service and shop, but Weijie is a real film buff and spends most of his time not working and watching films.

Although the story has a comedic beginning, it isn’t long before there’s a shift in tone with the introduction of a weedy but violently powerful policeman who all the locals are scared of.

The couples eldest daughter  Pingping returns from summer camp and is subdued, and in a shock that comes literally from nowhere, tells her mother she was drugged and raped at camp by Suchat, the local police chief and Mayoral candidates son. He filmed it and is blackmailing her.  Ayu can’t rely on her husband for help so she and her daughter attempt to confront Suchat, then accidentally kill him.

The story then becomes a very densely told ‘adventure’ of how Weijie’s love of film enables him to dupe the police with an elaborate alibi for them all.

It’s the sort of film that you MUST pay attention to due to its tightly packed plot, and although it’s very different in tone (comedy one minute, genuine police brutality the next) to euro films, I did enjoy it.

On Digital platforms from 26th April.

Review by Tina from a streaming link kindly supplied by CineAsia UK via The Warrior Agency.

I used to live in Los Angeles and write about Rock bands. Now I live in wonderful Wales and write about films. I like video games (especially RDR2) and am also a painter...gratuitous plug: follow my art account on Instagram @artbytinar
THUNDERMOTHER release 2CD Heat Wave ‘Deluxe Edition’ on 21st May Review: Battle Royale (Limited EditionUHD)