Prior to this evening, my previous live music gig was on 24th January 2020…and we all know what happened not long after that!

So it was with a great sense of excitement that I returned to my beloved Tivoli venue (where I hadn’t been for a gig since 24th October 2019) and FINALLY got to see some live music again.

Kicking off the evening were “Before the Storm”; a local band from just up the road in Wrexham and who play just the kind of music I love…catchy melodic rock with great vocals and a solid guitar/drum sound. The people who got into the Tiv early had a blast with them, and for everyone who got in later or weren’t there, make sure to check them out ASAP.

Next up were “Bad Actress”; a high energy rock ‘n’ roll band from Scotland who proudly keep the spirit of 80’s hair metal alive and well in the 21st century…which is always a good thing in my opinion. When the lead guitarist does a round trip through the crowd to test out his new wireless setup, all while never missing a note, then you know you’re in for a good time with this band. Keep that 80’s flame burning bright guys.

I’ve been a fan of Hardline since the release of their debut album “Double Eclipse” in 1992, so to see them in my local venue was a dream come true.

Johnny is charming, funny, personable and energetic on stage, while his soaring vocals are just as great as ever, effortlessly blasting out songs such as “Hot Cherie”, “Life’s a Bitch” and “Takin’ Me Down” from the Double Eclipse album as though it was still 1992. While newer songs like “Fuel to the Fire” which kicked off the set, show that there is still a lot of hard rockin’ life left in the band yet. 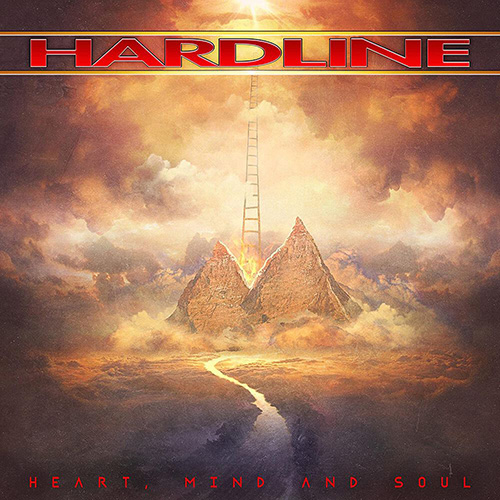 Johnny had the Tivoli crowd in the palm of his hand, getting everyone to sing and shout their collective hearts out while the band kicked out one awesome song after another…damn it was good to be back at a live gig!

Make sure to keep supporting bands by going to see them live, buying their music and merchandise, sharing their social media links, and telling your friends about them too.

On a personal note, my work involves teaching young adults with learning difficulties and disabilities, and it is in an off-air chat with Johnny after I’d finished my 2021 interview show with him, that I told him about 2 of my students who are huge Crush 40 fans.

He very kindly left them a personal video message, told them that he would love to meet them whenever he was in the UK, and then gave me his personal email to keep in touch.

True to his word, Johnny put us on his guest list for the show (my students 1st ever gig!), shouted out mid-gig “where’s my Crush 40 guys!?”, then met them backstage after the show for photos, autographs and a chat, before saying goodbye with hugs all around and saying they were more than welcome at any and all shows that he does.

To say that they were both VERY excited all evening is a huge understatement, and thanks to Johnny they were given an experience that will live with them forever.

A fantastic singer/songwriter, and a truly wonderful person…all the more reason to love Hardline even more.

Review by Dave with thanks as always to Roki and Kirsty…it was soooo good to see you again! 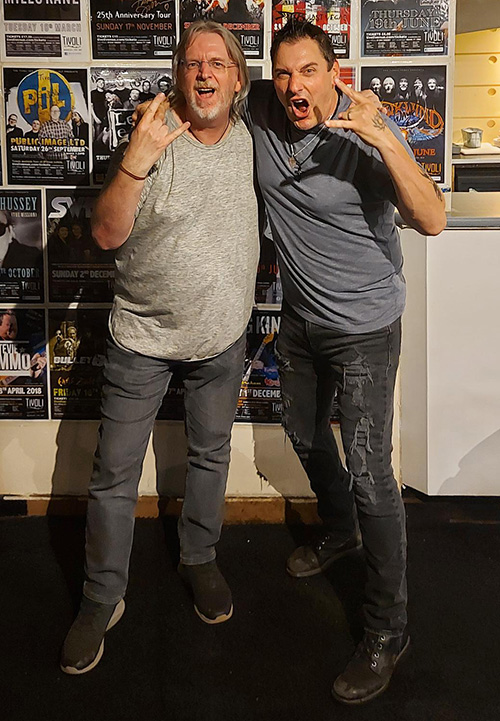