Since the birth of cinema the industry has tried to entice people into the dark with different gimmicks. Cinema itself was a gimmick; the first film shown to an audience for money was of a train barrelling towards an unsuspecting audience. Contemporary reports indicate chaos ensued, with terrified people running away very quickly. Then came sound, a complete game changer; now these people SPOKE! This was followed by colour, and when these became run-of-the-mill with a TV in every home (why go out!!?) cinemas gave us Smell-o-Vision (a ‘smell’ was released in the auditorium), an electric shock under the seat (The Tingler) and Cinemascope (a massively widescreen picture shown on a curved screen). The Abyss and Terminator 2 gave us amazing new effects, and let’s not forget 3D (over recent years Digital 3D has made a re-appearance, and TV held its hand by churning out 3D TV’s). 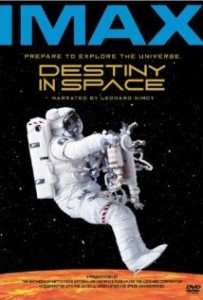 The first IMAX went public in 1994 in America and showed Documentaries. My first IMAX experience was watching 3D Destiny in Space at the Printworks in Manchester. I remember being quite overwhelmed on walking into the screening room, at not only the size of the screen, but the enormity of the room. It looked like I was about to embark on a Disneyland ride from the rows of seats with barriers. I can’t remember a thing about the film, except one part where an astronaut floats out towards the audience and luckily my 3D glasses were on at just the right angle, so he really did appear whole, in front of my eyes. Amazing. Perhaps the one film that got me hooked on IMAX was The Dark Knight Rises. It included 72 minutes of footage shot on the IMAX system and for director Christopher Nolan, that meant working with cumbersome, jitter-sensitive and noisy cameras capable of only three-minute takes and requiring 20 minutes to reload. He’s quoted as saying it’s “the best quality image that has ever been invented“. 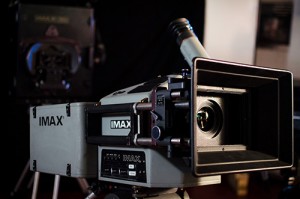 So what, in easy terms, is an ‘IMAX’? IMAX (“image maximum”) is a camera or projector, 70mm film runs sideways, taking up 15 sprocket holes per frame instead of 35mm’s four. The resulting picture is 10 times larger with 10 times the resolution. Ideally, it’s displayed at up to twice the usual brightness, on a curved screen that can be as tall as an eight-storey building. Together with 360-degree digital surround sound and stadium seating, it’s supposed to provide the ‘most immersive motion picture entertainment’ available, and in my opinion, it is. On reading up on the history of IMAX, one re-occurring point is that it has been slow to catch on, but it’s plain to see the reason for this is only through the lack of actual IMAX screens. But this is beginning to change and with the news that Avengers: Infinity War and … GASP! the new Star Wars: The Force Awakens are being shot ENTIRELY in IMAX, bodes well for the industry.

Personally, over the years a ‘special’ film warranted a trip to the IMAX, whether it be in Liverpool 1 or The Printworks Manchester, quite a LONG way to go from North Wales. For Example Batman – The Dark Knight, The Hobbit, and my personal favourite (no sniggering at the back) Prometheus in IMAX has been a film anoraks dream. For those of you who have seen Prometheus, cast your mind back to when David opens the aliens computer for the whole galaxy to swirl around him, now imagine that in 3D, encircling you in IMAX, everywhere you look in your periphery is a planet. It was a beautiful thing.

Cineworld decided to bring an IMAX to Broughton and our joy at 60 Minutes With could not be contained. This is a 30 minute car journey and 24 miles away from us. It’s not a case of a ‘special’ film anymore, but EVERY film they show on the IMAX screen, and so far, since the day Cineworld Broughton opened, I, Dave and Ramrod have been to that cinema and watched a film in IMAX. It’s true, once you go IMAX you never want to go back.

So we know how IMAX works (yes, it’s a lot more than ‘BIG’) but for those of you who are unsure of paying a few quid extra, or even quite dubious of the experience (I know someone who refused to go as they thought it would be too overwhelming for them), let me describe a visit to Broughton Cineworld. Firstly this is a new cinema, so everything is state of the art brand new. On entering the IMAX you have to turn a corner and there you’re greeted with an auditorium, but far from it being like the vast space of the Printworks, the lighting in Broughton IMAX is subdued and gives a feeling of intimacy that I’ve never felt in another IMAX. One of the best things about Broughton is the seating, there is PLENTY of room. The seats are very comfortable and you don’t feel ‘crammed in’. I’ve now seen 2D films in this IMAX and they have been fantastic. 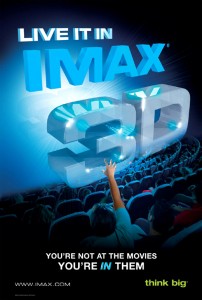 You don’t need 3D for IMAX to be awe inspiring as you’re more or less ‘surrounded’ by what’s on screen. However when the Imax begins and you put on your 3D glasses, the picture quality ZINGS…it’s clearer than real life!  The key to good 3D viewing is putting your 3D glasses on and finding your own ‘sweet spot’…that is looking straight ahead. Any deviation can result in fuzziness to the picture. You are in your comfy seat, looking at a pin sharp picture, and now the digital sound becomes apparent. You are ‘assaulted’ on all fronts, surrounded by noise, but this is clear, it’s real, and along with the picture before you, the sound actually puts you ‘into’ the whole experience.

I can honestly say that seeing a film in Broughton IMAX is the most pleasurable cinema viewing experience I’ve had. This may sound like an advert for a particular cinema (and we don’t advertise) but I always want to support the film industry, particularly the British film industry, and being local to this cinema I want it to succeed and continue, also it is a very nice cinema with very nice staff! So I will always stand up and promote places like Cineworld Broughton because they deserve it.

So for the uninitiated (and any locals) PLEASE go and see your next film in IMAX whether its 2D or 3D, it’s an experience you won’t forget and I guarantee you’ll go back for more.

Review by Tina (co-host of 60 Minutes With)

I used to live in Los Angeles and write about Rock bands. Now I live in wonderful Wales and write about films. I like video games (especially RDR2) and am also a painter...gratuitous plug: follow my art account on Instagram @artbytinar
Review: Behind Closed Doors Review: 3 Women