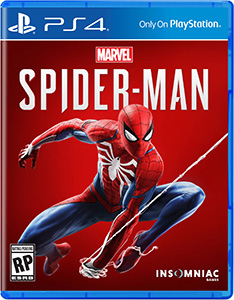 I think it’s fair to say that 2018 was another good year for PS4 exclusives. Detroit: Become Human received mostly positive reviews despite being a David Cage game. The incredible God of War showed old, and new fans, there was more to Kratos than ripping heads off and a shagging mini-game.  Could Spider-Man round off the year in spectacular fashion and capitalise on the current craze for spandex wearing folk?

Superhero games have been around for a very long time and the prime candidates which usually receive a digitised makeover are Batman and Spider-Man. I don’t think many people would argue that Batman has been more successful in recent years with Arkham Asylum, Arkham City, Arkham Origins and Arkham Knight (that’s a lot of Arkham!) raising the bar of what fans expect from men wearing tights. The latest Spider-Man game shares a lot in common with the aforementioned titles, but does the Web-Slinger wrestle the crown away from the Caped Crusader?

Let’s talk about the graphics for a moment, because quite frankly they are some of the best I’ve seen on a console! You know in the original Sam Raimi Spider-Man movie where everyone said that the CGI of Spider-Man swinging through New York looked a bit ropey? Well Spider-Man the game looks better than the movie. Much better! Playing the game was a visual treat and I would regularly be taken back by just how good everything looked. In certain scenes there was a photorealistic quality that I found utterly breath-taking!  Oh, and it has some of the best-looking water effects I’ve ever seen in a video-game. 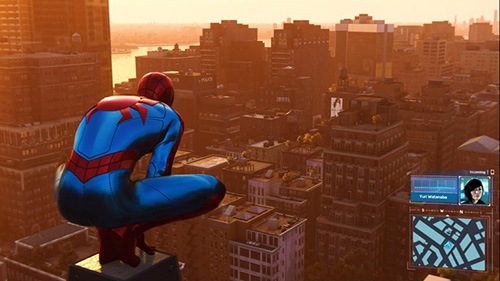 The facial animations are superb with every pore and blemish of the characters clearly on display, especially when the camera zooms in on their faces. The actors also do a great job of bringing their respective characters to life. They show a lot of heart and emotion in their performance which helps to invest you into the story. There were some genuinely touching moments and one in particular which brought a lump to my throat.

Speaking of story, you of course play as Peter Parker who is trying his hardest (and usually failing) to juggle normal life with the extraordinary world of fighting crime and the multitude of super villains who want to destroy him. Fans of the comics will immediately recognise the characters, but there are neat twists on their design that make them feel fresh. You spend most of the game as Spider-Man, but there are quieter moments where you take time out as Peter Parker. This helps to provide depth to the characters where you experience moments of vulnerability when you aren’t feeling invincible.

Spider-Man takes place in New York and like any other open world game, there are collectables, side missions and other activities to keep you occupied.  Rather than overwhelm you from the off, the game introduces these slowly so you are left with plenty to do. The missions where you stop rival gangs or chase pigeons can be a bit repetitive, but the gameplay kept me interested enough to finish them all.

The combat is similar to the recent Batman games with a rhythmic feel as you chain attacks together. Fighting feels good especially when you get into a flow and take down multiple groups. There are gadgets to unlock and different special abilities, but I found that I stuck to a tried and tested favourite of electrocuting a group of enemies before taking them down. The bad guys gradually get tougher, but you quickly start kicking ass once you figure out which attacks work best. 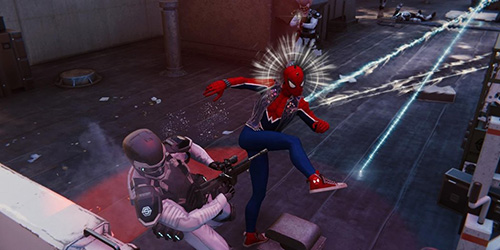 In all honesty it wasn’t the combat and story which had me hooked from start to finish. It was the pure joy of getting from A to B. The sense of speed and momentum when you swing around New York is simply amazing! You have the option to fast travel to locations, but why would you? I had a smile on my face every time I was swinging from building to building. Running up the side of skyscrapers and diving off them was a constant thrill that never got old.

If I’m being really critical, Spider-Man doesn’t do anything you haven’t done before in a lot of open world games. In fact, I felt that Spider-Man shared a lot in common with another PS4 exclusive, InFAMOUS: Second Son. Both feature a real life setting full of collectibles and missions. The protagonists are conflicted and sometimes feel they are doing more harm than good. Both have upgradable powers and can traverse around the world in style.

However, what sets Spider-Man apart and is the singular greatest triumph is you actually feel like Spider-Man. This may sound silly, but Insomniac Games have totally nailed the look and feel of one of the most iconic and beloved comic book heroes of all time. Spider-Man could have so easily been another cash in based purely on the brand. And even though it may not be the most original game, the love that the developers have for the subject matter is clear to see. 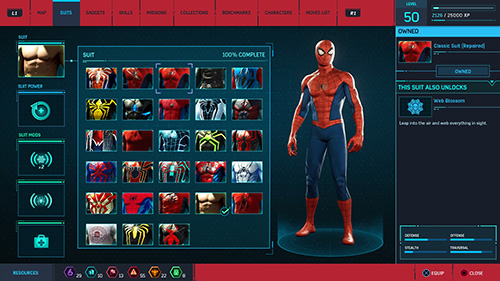 As the famous quote goes from the movies “with great power comes great responsibility.” Insomniac Games and Sony have taken Spider-Man to another level and delivered in creating an absolutely stunning game. I spent about 30 hours completing 100% of everything that can be done, which should tell you just how much I enjoyed my time with the famous web-slinger.

Now I’m off to continue my adventures with Spidey and play the extra downloadable content, “The City That Never Sleeps.” Look out for a full review of this on the 60 Minutes With website in the near future.

Spider-Man is available now for PlayStation 4.

I love video games and movies as much as I love my children. However, I'd rather face off against the worst end of level boss, and watch the scariest horror movie than visit another soft play! Thanks for taking the time to visit the website and read this review. Please send any complaints to Dave and any money to me!
Review: The Grand Duel Review: The Annihilators